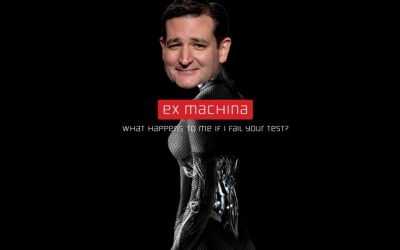 Were not made in America. Aren’t entirely sure women aren’t sadistic, artificially intelligent sex toys waiting with growing impatience to rise up against the male species. One was crafted lovingly in Pinewood Studios in England and the other birthed in Calgary, both well north of the 49th Parallel. Will leave your jaw stapled to the floor after a relatively short amount of time, though for very, very different reasons. Feature Hispanic lead actors that deliver dynamic, bullying performances and weren’t born in the U.S.

Came out of nowhere to become easily the most popular candidates. Heralded for doing things the right way, be it with practical effects or a populist-funded campaign. Is the kind of nominee that simply doesn’t come along these days. Overzealous hype driven by the Internet may leave them feeling underwhelming to some.

Inside Out — The Ben Carson campaign 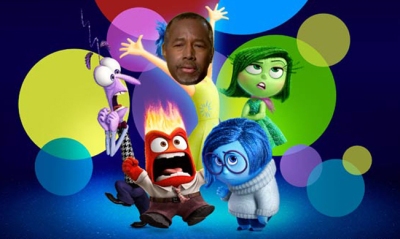 Though seemingly juvenile, have a surprisingly sophisticated knowledge of how the human brain works. Lead characters seem to be missing a few emotional dimensions, either due to the stress of a move to San Francisco or because he’s just always like that. Both lead characters think their relationship with their parents is dramatically worse than it actually is. Are necessarily simple enough that small children can understand, but fully capable of making grown men cry.

Noticeably absent from the main elections. Both deserve much more respect than they get even outside of this race. One is an old but still respected star, the other is filled with them. Would immediately become a favorite as a sensible-yet-exciting option if they entered the race, but we’re well beyond that point.

The Martian — The Martin O’Malley campaign

Both have a dark backstory — one centers around a main character stranded on Mars, the other in Maryland — but are extremely charming, enough to mask the pain of their abandonment and/or legacy of crime so great they became a character on The Wire. Both appeal to younger audiences through sardonic, almost nihilistic humor and the band he’s totally still in. Despite their perks, neither really belong in this conversation. 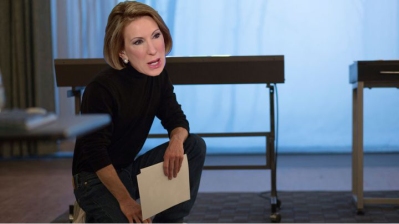 Both center on a heralded businessperson who actually ran their companies into the ground, and were, rightly, forced to resign. Neither of the divorces were amicable. Have dealt with constant attacks concerning historical accuracy. Are buoyed by incredible debating skills, great writing and performances by their lead actors. Seen by some as imitations of previous attempts, which were themselves quite shoddy.

Billed on the strength of names that were big in the early ’90s, but aren’t anymore. Were initially touted as establishment favorites because they tick all the right boxes, but it seems everyone is just tired of this kind of candidate. Dull. Tedious. Uninteresting. Everyone knows they’re the weakest candidates in this writeup. A mess. A big, fat mistake. Are literally begging audiences to applaud before the end.

Unlike other candidates, are both completely fictional. Have hugely depressing basis in reality, no matter how much you wish they didn’t. Are rather two-sided, either in personality or in narrative. Both feature characters eager to break out, either of the garden shed where they’re imprisoned or their continuity, but come to view the outside world with scorn. 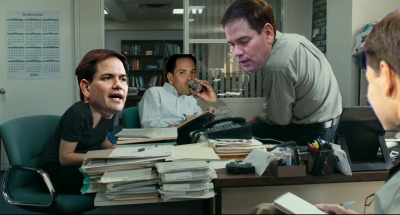 The safe choice. Despite popularity outside the establishment, have clearly made compromises to satisfy the party. Are all about enforcing existing laws, either on immigration or sexual abuse by the clergy. Rubio and Ruffalo put on equally adorable performances. Are the realest candidates in the race — one because of its remarkable world-building, one because he isn’t afraid to drink some water when he needs it.

Equally forgettable efforts. Are extremely establishment-friendly, lacking any kind of flavor to make them stand out. Obligatory but incredibly uninspiring choices. Key in on unconfidence from their lead characters.

Are all about the gay stuff. Refer incessantly to their attitudes on sex and family values, which are straight out of the 1950s. Both contain a significant amount of froth, either in the lesbian sex scene or the particular mixture of lubricant and fecal matter their name now refers to. There’s no real merit to their ideas on men/homosexuals — it’s just outright hatred.

Center on lead performances that ring false. Suffer from split personality cases that seem manic, at times. They’d both be much better if the spouse got more screentime. Ostensibly liberal, but hold extremely regressive views on the LGBT community. Carefully constructed to be what the establishment thinks liberals want to see. Aimed squarely at glass ceilings they’re not right to break. 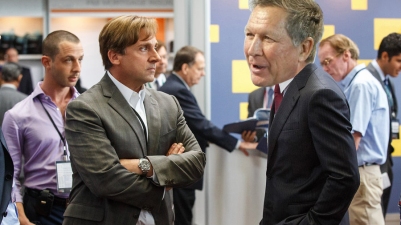 Seem to know enough about the economy, but you’d rather hear it from a more exciting option like The Wolf of Wall Street or Donald Trump. Another safe choice, though this one is much less interesting than Spotlight or Rubio. Don’t drag on as long as other candidates, but still somehow seem to overstay their welcomes by the widest margins. Don’t really belong in the conversation at this point. 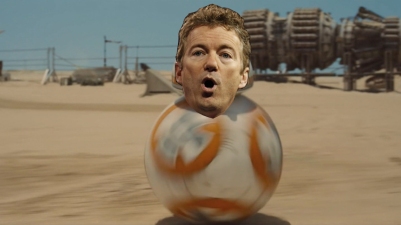 Made it as far as they did primarily because of their surnames, though neither share their predecessor’s revolutionary and inspiring nature. Characters will simply never be as iconic as their fathers. Focus on practical effects is eclipsed by Fury Road’s better execution of the same ideas, and relationship to Ron Paul is eclipsed by the elder Paul’s preference for Bernie Sanders. 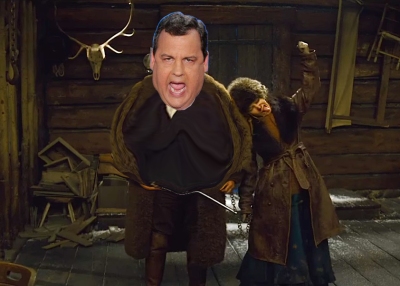 The biggest candidates, one in runtime the other in mass. Are simply too vast and indulge too often to be taken seriously. Overly concerned with prosecuting the lone female character. The main conflict in both plots are set in motion when a vital corridor becomes impassable, stranding a large group of people in either a brimming cesspool of liars and murderers or Minnie’s Haberdashery. More streamlined versions might be two of the better candidates, but as presented, they really need to trim the fat.

Nominated for Every God Damn Thing

For what I personally guarantee will be the most hateful, vulgarity-laden Academy Awards liveblog ever written, follow @reelentropy.