Putting ‘Aquaman’s’ success into context with the DCEU

Two weeks ago, Aquaman became the first DCEU movie to make $1 billion. In an era of film history that is completely dominated by comic book movies, the franchise so incompetent it couldn’t make financial hay even by putting Batman and Superman into the same movie – which it tried twice – reached the $1 billion threshold for the first time on their sixth try with a character who’s more often the butt of jokes, one for which a big screen adaptation was once thought absurd to the point of parody.

As of the end of the long Martin Luther King weekend, Aquaman’s fifth weekend in release, it stood at $1.067 billion worldwide, which is the series’ best worldwide performance by more than $100 million. However, it is only DC’s fourth best showing domestically, with $306.8 million made in the U.S.

The film’s success, sudden in the context of its source material and its franchise, begs a question that’s been on seemingly every film publication’s mind for the past month and a half, usually in the exact same words – Will Aquaman save the DCEU?

Comparing it to Marvel

In trying to make sense of this, my first thought was to compare the curve of DCEU films’ profits to those of MCU movies, and in particular to compare Aquaman to Ant-Man, since they’re kind of in the same boat. Ant-Man is one of the founding members of the Avengers in the comics, but his powerset constantly puts him in a different setting from his teammates and makes him more difficult to take seriously in general, so much so that a potential movie adaptation had stalled since the 1980s, and even with all of Marvel’s success and resources, he was left out of the series until they’d already put out two formal Avengers movies.

Ironically enough, just as the DC movie brand is constantly trying to correct itself, DC Comics would end up going back on the entire New 52 idea with its “Rebirth” initiative just five years later in 2016.

Warner Bros. and DC went very deliberately in the opposite direction with Aquaman. The DCEU film series was initially planned to synergize with the brand-wide refresh New 52, which launched in 2011 alongside that Green Lantern movie everyone hated. After being pushed to the Justice League’s background in more recent iterations, Aquaman is conspicuously brought back as a founding member in the New 52, now with entirely too meta inadequacy issues around the general public seeing him as a lesser hero. The “seven kingdoms of Atlantis” plot device around which the movie is based is also introduced in this line of comics.

But when you start looking at hard data, comparing anything to the MCU as a single entity doesn’t make much sense because the numbers just don’t cooperate. The grosses fluctuate wildly over time, behaving like several distinct series in some ways and behaving like a single unified series in others. Then you have to account for movies like Guardians of the Galaxy or Black Panther, which were box office anomalies both within their MCU context and as individual films – it’s just not as easy to look at as I thought it was going to be.

But since we’re here, and since we’re focused on that $1 billion worldwide number, it’s worth mentioning that of the six MCU movies that reached the mark, four of them are the massive crossovers – the three formal Avengers movies and Captain America: Civil War, which was essentially Avengers 2 and a half. The others were Iron Man 3, which centered on the series’ most popular character and was directly following up the first Avengers, and Black Panther, which was such a freakish success domestically it’s barely worth discussing in any comparative context.

The lesson being that it isn’t really all that weird for a superhero movie to make $1 billion, especially in 2018. What’s weird is that a solo character movie in Aquaman is dramatically outperforming crossovers like Batman v. Superman: Dawn of Justice and Justice League.

When I stopped looking at the presumptive closest comparable and started looking at Aquaman directly, it’s obvious what went right for this film that didn’t go right for anything else in the DCEU – it did really well overseas, and it stayed at the top of the domestic and worldwide box offices for much longer than other films in the series.

In order to make $1 billion worldwide, you need both of these things to happen. With blockbusters, you generally want at least 50 percent of the profits to be coming from foreign markets – as the Chinese market grows much more rapidly than the U.S. market, that bit of conventional wisdom is probably already outdated.

Of the 37 films in history that have hit the $1 billion mark, only three of them – The Dark Knight, Rogue One: A Star Wars Story and Black Panther – made more than 50 percent of their money in the U.S., and even then, The Dark Knight’s percentage of 53.3 is the highest. Among films at this level, it’s pretty rare to make even 40 percent of your money domestically – almost everything above that threshold is either a Star Wars movie or a decades-delayed Disney Pixar sequel, two things that aren’t nearly as popular in China as they are in the U.S.

While Aquaman is not the first DC movie to have a solid word-of-mouth campaign behind it, it is the first to have both good word-of-mouth and a strong overseas appeal. That’s what sets it apart from Wonder Woman, which is the only DC movie to earn less than 50 percent of its money internationally.

According to current numbers, Aquaman has made 71.2 percent of its money overseas, which is well above the DCEU average of 60.8 percent. For that matter, it’s well above the 62.9 percent average among the 37 movies in the $1 billion club.

Forbes.com’s Scott Mendelson theorizes that it’s Aquaman’s goofy vibe that’s made it play so well in China, but whatever the reason, it’s done historically well in the country. Just as it held at no. 1 domestically for several weeks, it did the same in the Middle Kingdom, which is a rarity.

The second thing it takes to hit $1 billion is sustained time at the top. Outside of three incredibly anticipated sequels in Avengers: Infinity War, Star Wars: The Force Awakens and Jurassic World, which hit the mark in 11, 12 and 13 days respectively, it takes at least three weeks in release to hit the $1 billion plateau, usually longer. It took Aquaman more than a month, starting the clock on its Dec. 7 release in China and not hitting $1 billion until Jan. 13.

Though it didn’t release in the U.S. until Dec. 21, it proceeded to spend three weekends on top of the box office, only falling to no. 2 right around the time it crossed $1 billion worldwide. That’s just the second time a DC movie has stayed at no. 1 for three weeks, the first being Suicide Squad in 2016, which didn’t do nearly as well overseas. 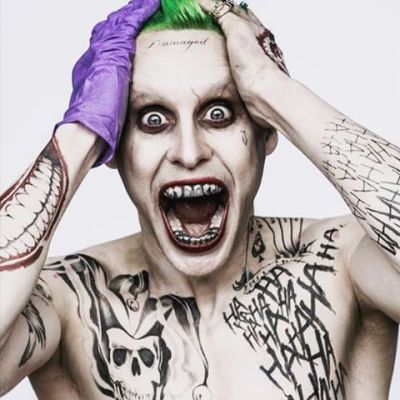 Suicide Squad gets much worse when you stop looking at box office placement and start looking at real dollars – it held at no. 1 for three weeks, but those were early-mid August weeks when nobody was going to the movies. All told, the film made 41.1 percent of its money on opening weekend, a bad number that’s par for the course for this woe begotten series. Aquaman is an extreme outlier here, making only 22 percent of its domestic money on opening weekend – as is Wonder Woman, which was at 25 percent.

This is where DC’s traditionally terrible word-of-mouth comes into play. The three entries you’d expect to have done the best, Man of Steel, Dawn of Justice and Justice Leauge, each had huge opening weekends and then basically stopped making money – Dawn of Justice is the only one of those three that spent even two weekends on top.

The size of this disparity only gets bigger the closer you look – with a $67.9 million haul on its opening weekend, Aquaman actually represents the series worst opening weekend performance by more than $25 million. This metric is actually the only one that makes sense when you look at it as a historic curve – the series starts strong with a string of four $100 million and up openings, but then dips to $93.8 in the miasma surrounding Justice League and then all the way to Aquaman’s number.

WiLl AqUaMaN sAvE tHe DcEu??!~?

As depressing as it may sound, it looks like the secret to Aquaman’s longevity may be the same as the secret to Suicide Squad’s – it released just before Christmas, and nothing big was scheduled after that until Glass’ release Jan. 18. The two movies that debuted after Christmas Day, Escape Room and The Upside, have combined for just under $100 million, and they’re both considered to have overperformed pretty majorly.

Again comparing Aquaman and Suicide Squad to the rest of the DCEU, this assessment bears out – three of the other movies were knocked off within a week or two by Disney Pixar movies. The outlier, the hugely unpopular Dawn of Justice, was pushed to no. 2 in its third weekend by a Melissa McCarthy movie back when she was still popular, and that’s only because its second weekend was over Easter 2016 and its only competition was God’s Not Dead 2.

The conclusion to all of this is a real shocker – the DCEU is and always has been an extremely unpopular brand, but the interesting thing is, Warner Bros. has mostly behaved as if it did have a lot of established popularity and has set its entries up to fail against much stronger brands. This played out most dramatically – and most embarrassingly – with Dawn of Justice, which was at one point set to release opposite the MCU’s Civil War on May 6, 2016, but was pushed back to March 25 several months later.

Aquaman deserves some credit for its longevity – it earned its Christmas crown outperforming Mary Poppins Returns and Bumblebee, which is the first Transformers movie not to open at no. 1, and was popular enough to stay on top for several weeks – but much of its success in the U.S. has come because of its place in the release schedule.

How would the movie have fared if it had stayed on schedule for July 27 or Oct. 5, where it would have debuted against the likes of Mission: Impossible – Fallout or Venom? What would have happened if December 2018 weren’t the first December in three years that didn’t feature a Star Wars movie? Will Aquaman save the DCEU?

At this point, we know what the DCEU needs to be saved from – the idea that it can compete with more popular franchises. To do that, we would need to see it outperform one of Disney’s titanic properties, which Aquaman has not done in either a head-to-head setting or over a year’s timeline – it’s still behind two Marvel movies and a Pixar movie on both the domestic and worldwide charts for 2018.

Alternatively, we could see Warner Bros. recognize that it can’t win those fights and angle away from crowded release dates, but that’s not happening either. The series’ next release is Shazam! April 5, which will fall dead splat in the middle of the MCU’s Captain Marvel and Avengers: Endgame, one week after Dumbo and directly against Pet Semetary.