Posted on October 6, 2017 by reelentropy

The classic 1982 film Blade Runner, which is set in 2019, hinges on the implementation of these implants into replicants, synthetic humans designed for military and slave labor. Artificial memories allow replicants to better mimic human behavior, but led to them developing emotions and working toward their own rights. After an uprising in 2022, their production was banned, and the Tyrell Corporation, which made its fortune building replicants, went out of business. Since then, business mogul Niander Wallace (Jared Leto) adapted the synthesis technology for agriculture, which more or less saved the world. In 2036, he bullies lawmakers into allowing the production and sale of replicants once more, some of whom still use memory implants.

How true of film, as well.

Blade Runner 2049 is difficult to stay awake through. It’s 163 minutes long, quiet as the grave for long stretches, visually dark and potentially difficult to access without having seen — not just seen, but really understood — the first film.

How is it perfect, then?

The creative team has put a lot of thought into how much information viewers should have going in. If you’ve seen the original and the shorts and still don’t know exactly what 2049 is about, you’re in exactly the right place. 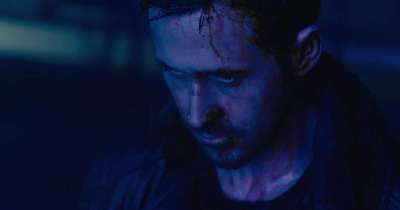 Ryan Gosling quietly gives the performance of his life as the mysterious Officer K. His subtlety and explosive outbursts are a completely perfect fit for this character.

Despite Blade Runner being rigidly closed to a sequel, writers Michael Green and Hampton Francher, the latter of whom wrote the original, found a way to not only continue its story but expand on its themes. In this era of nostalgia-driven “reboots” that are part sequel and part remake, 2049 should be a beacon of how to do this right. It expertly recreates moments from the first movie in completely new contexts, making something unique and nostalgic at the same time.

Even the weakest films from director Denis Villeneuve put shame to other directors’ greatest triumphs, and frequent collaborator Roger Deakins is probably the greatest cinematographer who ever lived. Together, they create a visual masterpiece of backlit silhouettes.

There are plenty of reasons to dislike Blade Runner 2049. It’s slow and not flashy at all. I’d actually prefer this movie with an intermission, because of both the length and the amount of attention it demands throughout. Go see it anyway. Go see it in the biggest, loudest format you have access to, and bring an open mind.

Villeneuve is a genius at expressing different, complementary themes through his visuals and his plots, respectively, though it sometimes takes some abstract thinking to follow. Much of the focus in 2049 is on recreating the unique sci-fi noir atmosphere that made the first movie so famous. There’s a burning anticipation baked into most of the shots, which is enhanced by their duration. Even two and a half hours in, the eternal shots keep you on the edge of your seat, wondering what will happen next.

In a lot of ways it’s a purer form of filmmaking because it’s not about the details.

It’s about how it makes you feel when you watch it.