On whitewashing and the death of movie stars 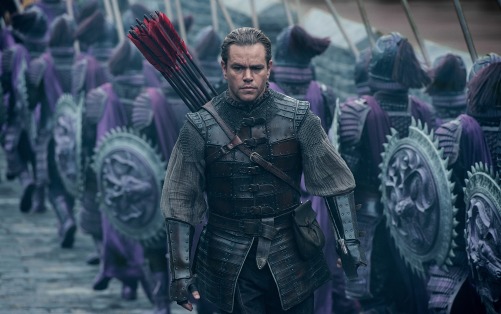 The Great Wall came out in American theaters last weekend, beating industry expectations with a $21.7 million take. It’s a good result of a movie that was primarily met with claims of whitewashing and racism for starring Cambridge-born Matt Damon in a movie about ancient Chinese history.

Obviously, Damon hadn’t taken a yellowface role, however the initial trailer made it seem. The idea was to have European traders written into the story and get a major star to help with American marketing. It’s still racially charged, but no different than Transformers 4 going to Hong Kong for financial gain.

While whitewashing isn’t really an issue in The Great Wall, the people crying against it were right to be concerned. Ghost in the Shell hits theaters next month with Scarlett Johansson in the lead role, and that’s a major issue.

Ghost in the Shell is an early-’90s manga and anime franchise set in a steampunk near future about a counter-terrorism unit made up of former military officers whose cybernetic components serve as a weakness instead of a strength. It’s rooted in Japan’s forcible disarmament after World War II and the booming tech industry that arose from it, bound as tightly to Japan’s national identity as Godzilla. Expressing national anxieties is how new stories become legends in the first place, and robbing Ghost in the Shell of its context makes it just another action movie. This is a uniquely Japanese story, and it demands a Japanese lead character.

While one movie is a problem and the other only feels like it, both Damon’s and Johansson’s casting are based on assumptions that the principle moviegoers in America are white men under 25, that viewers only go to movies about people who look like them and that marketable stars can make or break a movie financially, none of which are true anymore.

As studios continue to cater to the white man under 25 who bought the vast majority of movie tickets in decades past, we’re now averaging fewer tickets per year than our minority counterparts. This shift is taking place in the context of the broader demographic movement that will see white people as a minority by 2040. Even if we assume people only go to movies about people that look like them, casting minorities and sowing that audience is a prudent investment — completely ignoring the benefits of representation.

And while a lead with a bigger name in Hollywood than any Asian is a valid desire — if a regressive and self-defeating one — that’s ignoring the fact that movie stars aren’t a thing anymore. If you insist on hinging your movie on an actor, Damon is one of the most reliable, but the boom in superhero movies has rendered them irrelevant for real marketing. Action heroes spend most of the movie wearing masks with heavy CGI assistance now. Superman is a star, but Henry Cavill doesn’t have two successful non-DC movies to rub together. Set pieces are the big draw, and The Great Wall would have had those with anyone in the lead role.

Only one of these casting choices is an outrage for racial erasure reasons, but they both represent a decision-making process that isn’t changing with the times.