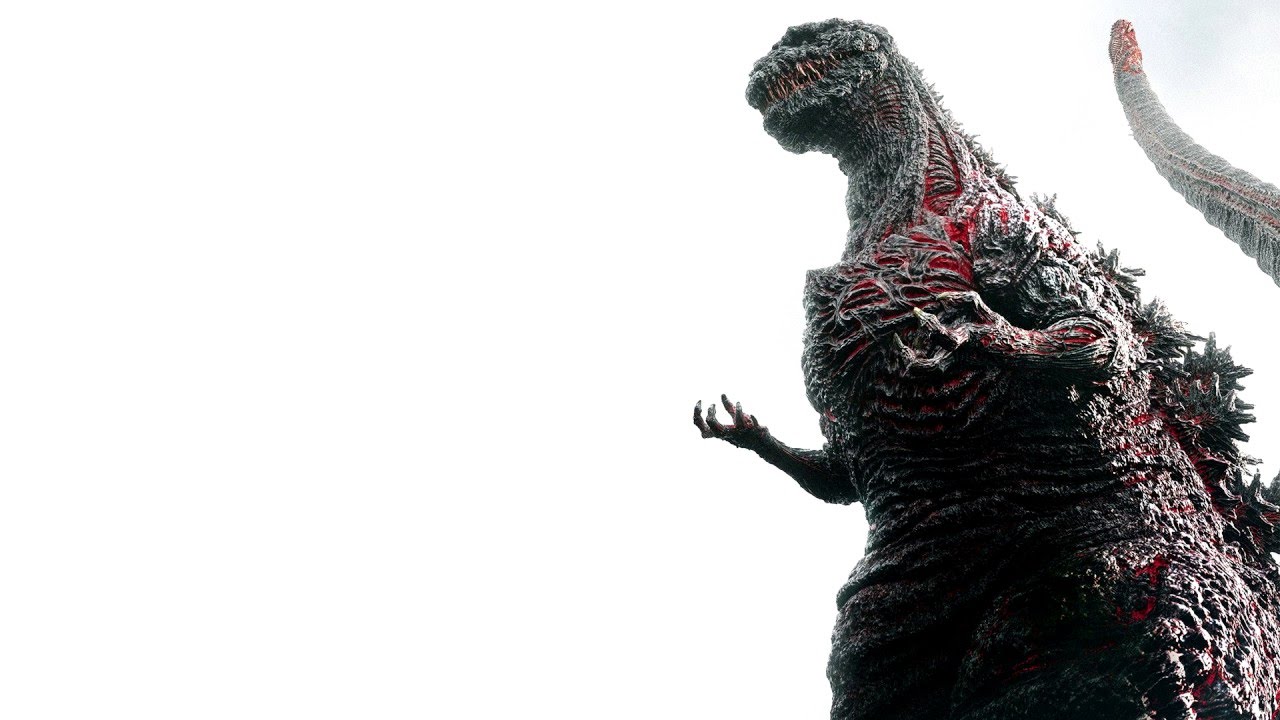 Shin Godzilla is a monumental achievement in filmmaking. It’s a gleefully atypical disaster film. It’s an inspiring vision of the human spirit.

More than anything else, though, it’s Japanese.

On March 11, 2011, Japan was struck by a magnitude 9 earthquake that originated 43 miles off the coastline. It was the fourth most powerful earthquake in the world since the modern recording system began in 1900. The earthquake physically shifted the Earth’s axis by 4-to-10 inches and permanently shoved Japan’s main island, Honshu, eight feet to the east. It triggered walls of water 133 feet high that traveled six miles inland. The disaster left 4.4 million households without electricity and 1.5 million without water. Almost 16,000 people died, and that’s just what’s officially confirmed.

As if that weren’t enough, the tidal waves destroyed emergency generators cooling nuclear reactors in the Fukushima I Nuclear Power Plant, which lead to three meltdowns over the next four days. It’s considered the biggest nuclear disaster since Chernobyl, and is the only other disaster given the same level 7 classification on the International Nuclear Event Scale. It’s estimated that between 130 and 640 people will die of cancer specifically because of this event.

For Japan, the postwar era never ended. The Japanese military was dismantled in 1945, but when officials were allowed to begin rebuilding it after American occupation ended in 1954, they didn’t really want to. The way World War II ended, with both the trauma of suffering the only two nuclear devices ever detonated over a civilian population and the embarrassment of surrendering in Japanese culture, had turned the country off of war. The constitution the country was made to write while occupied actually renounces war wholesale. When faced with the possibility of building their own nuclear devices, the Japanese government was horrified, and despite being a leading light in nuclear power, they actually have laws on their own books that prohibit developing nuclear weapons. Officially, the country doesn’t even have an army — the Japanese Self-Defense Forces are legally an extension of the national police force, despite functionally being one of the most advanced armies in the world.

The nationwide trauma came to the silver screen in the 1954 film, Godzilla. Released to a country still reeling from two nuclear blasts, the movie featured a giant monster born of nuclear contamination, its skin pockmarked from blasts, rising out of the sea and destroying Tokyo. The movie resonated with the Japanese like nothing ever before had, and it became a national cinematic symbol like James Bond for Britain or Nicholas Cage for the U.S.

While the monster remains a manifestation of the nation’s trauma, that trauma has changed. There are still more than 131,000 survivors of the nuclear attacks, but that represents a little more than a tenth of a percent of the Japanese population. The nation’s worst memory now is the March 11 triple disaster. Shin Godzilla represents the national symbol’s transition.

On a quiet sunny day in Japan, out of absolutely no where, for no reason at all, a hideous, bug-eyed monster rises out of Tokyo Bay and starts crawling inland, destroying everything in its path. Local police do their best to facilitate an evacuation, but no one has the first clue what to do. All branches of government meet, but without any clear information, the prime minister refuses to take any action, and the creature returns to the sea with no resistance. A few days later, the creature, now called Godzilla, emerges again and makes a B line for Tokyo’s nuclear plant. The SDF engages him, but their weapons have no effect. Godzilla destroys Tokyo in retaliation, but eventually runs out of power and becomes dormant. As the Japanese government disintegrates, a small group of scientists pours over the creature’s genetic material to discover a way to immobilize it before the U.S. makes good on its promise to detonate yet another nuke over Japan if the situation isn’t dealt with by the time Godzilla awakens.

Shin Godzilla is a rapidfire attack of information, so much information it can’t all be expected to be absorbed. The first thing you notice is how rapid the cuts are. It’s a rare, special shot that can survive more than a few seconds in this movie. The trailer above, cutting several times a second, isn’t a huge exaggeration. In addition to the editing, the movie is in Japanese and subtitled, and in addition to the dialogue subtitles across the bottom of the screen, any time the movie jumps to a new location, two more subtitles appear to label it — one in Japanese script across the bottom of the screen underneath the dialogue titles, then at the top of the screen in English. For many shots, there are three different scripts to look at before you even begin to absorb the shot itself.

Structurally, this film defies every convention of what makes disaster movies good. Many movies in the post-Independence Day world fail because they focus on too many characters and the viewer never develops an emotional connection to any of them. The best disaster movies are the ones that focus the most on the characters inside the disaster. Shin Godzilla sidesteps the issue by not having any characters at all, at least at first. But during this leg, the movie doesn’t focus on the disaster either, instead looking primarily at the governmental meetings and how it tries to deal with the catastrophe within its existing structure.

The ambition of this film cannot be overstated. For the shear amount of information being thrown at the audience, it’s an achievement that all of it is important, let alone that all of it is clearly so well thought-out. There are more shots than buildings destroyed in this movie and they’re covered in subtitles, but they’re all meticulously crafted anyway. From the swhirl of politicians trying to follow procedure, heroes emerge. Characters develop organically, but viewers are never rooting for them as much as for the collective they emerged from.

If Godzilla is the cinematic signature of Japan, anime is its signature style. A big selling point of Shin Godzilla was the fact that Hideaki Anno and Shinji Higuchi, the minds behind one of the most influential animes of all time, Neon Genesis Evangelion, were in charge of the project, and the movie is riddled with their influence. The rapid editing makes it feel a lot like Evangelion, but the biggest indicator is the monster design. In Shin Godzilla, the monster is an irradiated life form that can evolve at will, and it takes on several forms of the course of the movie ranging from goofy with googly popout eyes to sinister with a maw full of misshapen teeth.

The other thing Shin Godzilla gets so right is its sense of scale. Shots of Godzilla’s blocks-long tail whipping over houses and wide-angles of office districts that come up to his knees impress the size of what’s happening, but little shots of a family trying to pack their things just before their apartment is turned upside down keep it grounded. The music, which runs the same goofy-to-sinister gamut, is used sparingly and to spectacular effect.

Shin Godzilla achieves the highest and rarest goal of disaster movies — it makes you feel for what’s happening. It gets around the desensitization that comes with how common this type of movie has become, and as atypical as the movie is, it accomplishes this with razor-sharp fundamental filmmaking. The music is powerful, original and appropriate. The pacing is brilliant and intentional. Jokes are frequent and pack a wallop — there’s a joy to this movie that seems incongruous with its terror. At two points, Godzilla is frozen in place, and we get haunting wide shots of him as a fixture of the mostly intact Tokyo skyline.

The movie is structured around a straight, rising line of emotion. It starts with a silly monster and a government that doesn’t know what to do and escalates to a terrifying one combated by a desperate team of scientists. It allows the viewer to approach from a comfortable distance, but draws us in and turns the climax into a nail-biting rush.

It genuinely upsets me that so few people will know what it’s like to be in a theater with this movie. You have two days. Make yourself one of them.