After two years to get the edit right, ‘New Mutants’ is a mess

Posted on September 2, 2020 by reelentropy 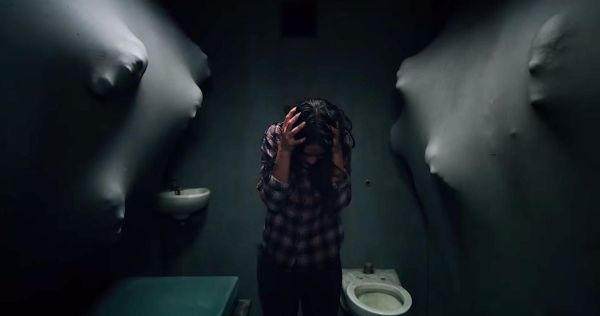 2/10 After two years of post-production, you’d think The New Mutants would at least be organized.

In The New Mutants, Dani Moonstar (Blu Hunt) awakens imprisoned in a facility for adolescent mutants who have killed people with their emerging powers. Moonstar has vast psionic powers, but her primary ability is to conjure the deepest fears of anyone she meets, something she has no control over at this point in her life — obviously, this causes several problems. She is held with Scottish werewolf Rahne Sinclair (Maisie Williams of Game of Thrones fame), Russian magician Illyana Rasputin (Anya Taylor-Joy, who had just starred in The Witch), Kentucky coal miner Sam Guthrie (Charlie Heaton from Stranger Things) and young Brazilian billionaire Bobby da Costa (Henry Zaga, who had a bit part in 13 Reasons Why). Their only captor is Cecilia Reyes (Alice Braga), who is ostensibly treating them, but takes her orders from a mysterious superior meant to set up the sequel that will never happen.

After being hotly anticipated at an April 13, 2018 release date, The New Mutants spent a notoriously long time on Fox’s shelf, so long that it isn’t Fox’s shelf anymore. Writer/director Josh Boone, fresh off of directing The Fault in our Stars in 2014, pitched The New Mutants to Fox as a coming of age/horror movie with an X gene. This was during a period of time when 20th Century Fox was trying to diversify its X-Men properties to better compete with Disney’s MCU – Deadpool, the other prong in that effort, came out in February 2016. The New Mutants was green lit and shot primarily as a coming of age story, but after the runaway success of It in 2017 and a spectacular trailer that played up the horror elements, Fox brought Boone and everybody back to reshoot and recut it into the more horror-focused movie he initially wanted to make.

Then the wheels started turning on Disney acquiring Fox, and the reshoots were delayed, eventually never taking place because the cast had aged so much by the time Disney was willing to pay for them, and what’s come to theaters now is essentially the movie as it was originally commissioned. There have been a lot of studio delays here, but no real interference.

So it is strange that The New Mutants feels like several different versions of the same movie spliced together with little thought. Specifically, everything is introduced in the wrong order or introduced multiple times. For example, Rasputin’s big blue sword – her mutation grants her vast cosmic power, but mostly uses it to conjure a big blue sword – pops up at several points during the second act, but during the climax, we get a closeup tracking down her arm as she generates armor and eventually the sword, the kind of shot that ought to be introducing a jaw-dropping new element, not something we’ve seen several times already. 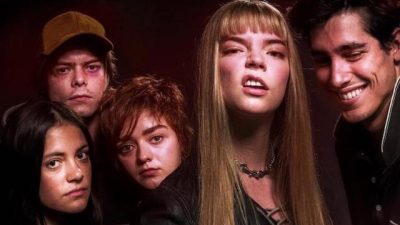 Boone made it a point to cast a real American Indian as Moonstar and a real Brazilian as da Costa, but noticeably did not cast a real Scot, Russian or Kentuckian as Sinclair, Rasputin or Guthrie. The actors adopt cartoonish accents that they’re constantly dropping and can be completely absent in some scenes, which in context with the rest of this mess, indicates to me that they were instructed to do some takes with the accent and some without and that those takes were mixed together in the hopes that no one would notice.

If there’s one thing The New Mutants is clear on, it’s that it is a very queer movie. While da Costa and Guthrie only ever make eyes at each other, Moonstar’s and Sinclair’s relationship is the movie’s central romance. X-Men have always been a metaphor for persecuted groups, and this series has always been particularly associated with queerness. This started when Fox hired openly gay – and openly preying on underage boys even back then – director Bryan Singer for the first movies and cast prominent queer activist Ian McKellen as the first Magneto.

The space in which The New Mutants takes place is baffling, appearing just as disorganized as the edit. Each captive has their own room, where they are confined alone, but they also each have their own solitary confinement cells where they are sent punitively. They’re not just separate rooms, the punitive rooms are smaller and dingier and there’s no window, but at the same time, they’re perfectly serviceable sleeping quarters. How many people was this facility designed for?

There’s an exercise pool big enough for every captive to swim at once. It features in only one scene. The room where they spend group therapy sessions with Reyes could hold about three times their number, but they all cluster in the same corner every time. What do they do the rest of the day? 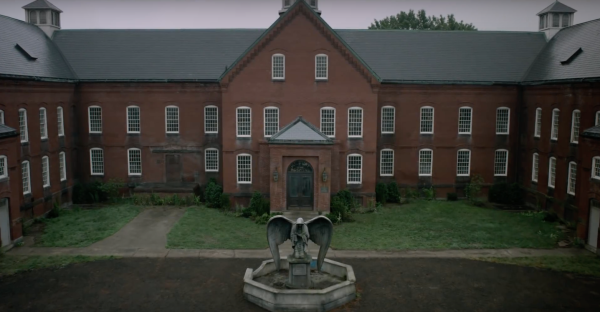 New Mutants was shot at Medfield State Hospital, a historic psychiatric facility in Massachusetts that held 2,200 patients at its peak. That certainly explains why it appears roomy with just five.

Perhaps the highlight is the angel fountain in the courtyard, which features in every transition scene in the movie. Every time a scene ends and time passes, they cut to a shot of it. It appears to be the same shot every time with different post-production effects to simulate different times of day – maybe not the same single shot, but it certainly repeats.

The New Mutants was conceived as a combination of ‘10s coming-of-age movies and ‘10s Halloween-costume horror, so it’s no surprise that I hate it because I hate both of those things. Coming of age stories are inherently narrow because they address experiences that are universal but brief. Most people attach to whatever comes out soonest after their first breakups, so almost every one is a classic to someone. There are timeless entries in the genre like The Breakfast Club or Mean Girls, but they’re mostly all the same.

The Halloween-costume horror movies, typified by the stream of Insidious or Conjuring or It movies, are also all the same, only differentiated by the different Halloween costumes they try to send up as “characters.” With everyone’s nightmares coming to life, The New Mutants at least lends itself to having a variety of such costumes, but that doesn’t make it any less tedious. The best that can be said for it is how shocking the initial genre shift is when the first costume shows up.

With Fox scuttled, the proposed sequels to The New Mutants sink with it, so I won’t get to see how Boone thought he was going to expand on these genres that are so limited by their nature, and the world won’t get to see Jon Hamm as Mr. Sinister. That’s OK. They’d certainly be trashy anyway.