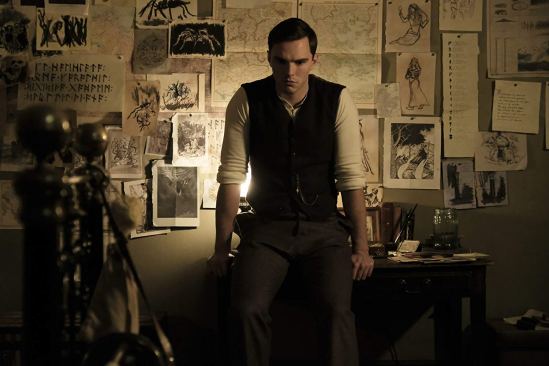 3/10 With the rate at which boring, inaccurate and horrendously bad biopics win awards, Tolkien could easily have been a formulaic Oscar grab. Instead, the creative team has gone in a different, much more ambitious direction, trying to recreate the events of J.R.R. Tolkien’s life through the eyes of someone who wrote like he did. The brave attempt is undermined by its basic storytelling failures.

Tolkien follows the title character (Nicholas Hoult and Harry Gilby) through the first 25 or so years of his life, focusing on a handful of relationships and locations that would directly inspire plot elements in his Lord of the Rings books.

The first half hour or so of Tolkien is so baffling I almost walked out. The beginning of the film is marked by constant hard cuts between Tolkien’s infancy in South Africa, his adolescence in England and his time in World War I. At points, the film will cut from one to another through the third one in the span of less than a minute. It’s impossible to orient yourself or get any grasp on the context of these scenes.

Eventually, the editor Harri Ylönen’s focus narrows to Tolkien’s time as a teenager and young adult in Birmingham and Oxford and his courtship of Edith Bratt (Lily Collins and Mimi Keene), and a narrative begins to form. Even once that happens, scenes are still way too short and prone to massive jumps in time and space without any warning, giving Tolkien the lingering feeling of fast-forwarding through its own story. 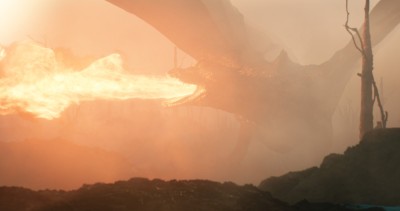 Scenes like this, in which a German flamethrower becomes a fire-breathing dragon, are what I came to see. The war scenes make up disappointingly little of the runtime, but are still remarkable for a $20 million production.

As chaotic as it is, the editing style can’t be blamed absolutely for Tolkien’s shortcomings because these kinds of edits are present in some of the best films ever made. The Godfather and especially The Departed are just two examples of all-time great films that include massive, invisible timeskips at several points that seem like they’re designed to be confusing.

But that comparison reveals what Tolkien is really missing – basic character development. These positive examples are both completely linear, so while there are time jumps, they’re all in the same direction, and they both focus on character interactions and relationships. Characters are developed and defined by what they do. Status quo is established before it is changed.

In Tolkien, characters are established with words. Status quo is rarely established onscreen, and when it is, it’s been changed offscreen before the next scene that’s jumped too, and viewers are left to play catch-up with the story’s basics.

The examples of these mechanics at work are many and bizarre. One of the most clear-cut is a rugby montage scene that is meant to be a bittersweet farewell, Tolkien’s last match with the fellowship lads before leaving Oxford. The scene comes completely out of nowhere for multiple reasons, but most overtly because they haven’t been shown playing rugby since they were 9 years old. The lads all bonded at and named their secret society after tea shop nearby the school where they spend most of their time and are otherwise portrayed as not very athletic, so the scene makes next to no surface-level sense.

Tolkien’s creative process is also betrayed by the film’s enthusiasm for skipping over its narrative’s most interesting points. In one scene, Tolkien simply walks into the shot and declares, “I’ve invented a language.” No exploration of how he did it or what goes into such a task, no investigation of why he did it or the usefulness or culture of constructed languages, no excavation of his life-long fascination with constructed languages, just “I’ve invented a language.” OK. Thanks for letting us know.

The film has drawn criticism in some circles for not addressing Tolkien’s Christianity, which was a major driving factor in his work. Director Dome Karukoski said in interviews that they shot scenes depicting that aspect of his life, but those scenes failed with test audiences and were cut, a response that seems very telling to me. Using framing and metaphor to express Christianity in film is one of the few high-level filmmaking things that make it into mainstream blockbusters. American media is so saturated with Christian imagery and mythology that it’s less of a statement at this point and more of a mandatory inclusion for something meant for mass consumption. Karukoski’s response here indicates a deep lack of creativity, which could account for many of the film’s other shortcomings.

The timeskips and weak characterization are at their worst surrounding Bratt. She’s introduced by a brief shot of Tolkien leering at her from around a corner, and then after some intervening scenes with the lads in which she is not mentioned, we suddenly cut to a shot of them staring dreamily into each other’s eyes. At another point, we smash cut to a major fight when it’s barely been established that they’re together, let alone what Bratt is upset about.

Tolkien is gorgeous, and that does count for a lot.

As Tolkien moves along and its strengths become clearer, its weaknesses also become more pronounced. This is a story about the journey that inspired the Tolkien legendarium, about going to new places and the friends he made along the way, but the relationships feel barely developed and largely skipped over, and Tolkien crosses every threshold of his journey offscreen.

Peter Jackson’s Lord of the Rings film trilogy famously broke the old filmmaking rule to not show characters traveling, and to great effect. It’s one of the best proofs against the rule, in fact, demonstrating that traveling and crossing thresholds can be highly cinematic – one of the series most iconic moments was mined out of, just, a couple of rocks they found. Tolkien does the opposite, failing to even try to make its character’s globetrotting journey cinematic, instead cutting radically across any measure of time or space that could have been used creatively to tie the film together.

Tolkien should have been, and at its best moments it is, a surreal journey that visually parallels Lord of the Rings from the Shire of South Africa to the Mordor of no man’s land at Somme. The relationships already directly parallel Frodo and his hobbit comrades, Aragorn and Arwen and Frodo and Sam on the Plains of Gorgoroth at various stages. Make the journey linear and focus on those relationships, bringing together an abstract, truncated recreation of Tolkien’s most famous work.

It’s clearly what they were trying to do here. So, you know, do it.

This entry was posted in Entropy and tagged #Disney, #lord of the rings, #nicholas hoult, #peter jackson, #the departed, Do we have a fucking problem?, Dome Karukoski, Fox Searchlight Pictures, Lily Collins, The Godfather, Tolkien. Bookmark the permalink.