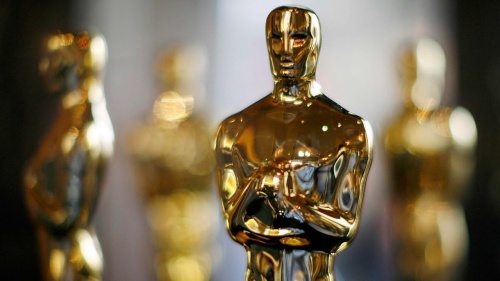 Last week, the Academy of Motion Picture Arts and Sciences announced big changes for upcoming ceremonies at the behest of the Disney-ABC Television Group that owns the awards ceremony broadcast rights through 2028. Among other changes meant to reduce runtime and increase viewership that for some unfathomable reason do not include cutting the 20 minutes of uninspired foreplay from whatever late-night host they decided to permanently trivialize, the Academy will add a new Best Popular Film category to its slate. Details as to what qualifies a film as “popular” remain unknown.

The spaces between those lines are filled with four-letter vocabulary words. Best Picture you’ve actually heard of. Best Picture marketed to you peasants. Best Picture the poors actually paid attention to, you easily placated swine, you uncultured filth. Best Picture that can fit into your tiny little brains, that has enough explosions to hold your pathetic attention spans. Best Picture whose awards potential would appeal enough to you plebeians to convince you to watch us fellate ourselves for four fucking hours, because 26.5 million viewers is clearly not enough and actually constitutes an alarming decrease.

The obvious condescension of this idea barely needs to be discussed – it’s readily apparent in the scorn this announcement was met with, scorn that did not persuade the Academy to cross its Disney masters. But what I want to note here is how unnecessary this change would be, if taken at face value.

There’s a perception, fostered primarily by the Academy itself, that good movies don’t make money and that moneyed movies don’t win awards. After the transitional period of the 1970s, which started with films like The Godfather and Chinatown leading studios to give more and more control directly to filmmakers, but ended with films like Apocalypse Now using that control to nearly bankrupt its studio and Jaws and Star Wars proving that making oodles and oodles of money was actually a pretty easy trick, arthouse movies and blockbusters did start to become more and more siloed. However, in the decades since, not only have they dovetailed back together with films like The Dark Knight, but their audiences have as well. This plays out in the predictable spike in ticket sales enjoyed by films like The Shape of Water and La La Land after significant awards attention, and particularly by films like The King’s Speech, an R-rated movie that was re-released with a PG-13 rating after winning Best Picture.

This is not new. Prestige has always been a selling point, going back to the days it was used to pack people in for fucking bummers like The Deer Hunter or Schindler’s List.

Let me say again – this is not new! We have known this shit since the 1970s! When Moonlight, as an example, is limited to just $27.9 million domestic, it’s not because people don’t want to watch good movies, it’s because it was only ever in 1,500 theaters at once and nobody dropped any money on advertising! People do want to watch good movies, and if you give them access with a meaningful distribution and raise awareness with a meaningful advertising effort, even your sad black-and-white Holocaust movie can make hundreds of millions of dollars!

The artificiality of the divide between good and popular movies has played out acutely since the Academy broadened the Best Picture category to 10 nominees after public outcry when The Dark Knight didn’t make the cut in 2008. In the nine full years since then, 20 movies have garnered both a Best Picture nomination and a spot in the top 20 domestic earners, including four which earned a spot in the top five. Yes, there are some pretty dumb things that make a ton of money and yes, the Academy does need to take popular fiction more seriously, but the problem having a dedicated category for it would solve simply does not exist.

But you know who might think it does exist? Maybe a studio that consistently dominates those top 20 and top five domestic earner positions, but only has one Best Picture nominee – Toy Story 3 – in the described timespan. Maybe a studio that owns the broadcast rights to the Academy Awards ceremony and can use that leverage to put the squeeze on the organization. Maybe a studio that wants to put awards on its mantel despite a consistent, abject refusal to take artistic risks.

This Best Popular Film horseshit isn’t about giving popular films their due, and it isn’t even about increasing viewership. This is about Disney consolidating its functional monopoly on popular culture by giving it a back door through which it can put Oscars directly into its own case.