Against all odds, ‘Solo’ is pretty good

8/10 It’s finally here — Solo: A Star Wars Story, the movie-like Star Wars product that no one waited for. That’s not to say it wasn’t anticipated, but no one at Disney wasted even a moment holding their breath for this. This movie was scheduled for the original Star Wars’ 41st anniversary May 25, 2018, and come hell or high water, it was releasing on this date.

Surrounded by extraordinary cynicism stemming from one of the most publicly botched productions in recent memory, merely being watchable would have been a major success for Solo. It does better than that — it’s actually a lot of fun.

Solo: A Star Wars Story opens with Han Solo (Alden Ehrenreich) enslaved by a Corellian street gang along with his childhood friend and lover, Qi’ra (Emilia Clarke). They escape, but are separated before they can leave the planet. Solo joins the Imperial Navy with dreams of coming back and rescuing her, but after three years of an aimless military career, he deserts to join a criminal crew run by Tobias Beckett (Woody Harrelson). Solo learns that Qi’ra now works for Beckett’s boss, a dangerous crime lord named Dryden Vos (Paul Bettany).

Solo is the first Disney Star Wars movie to approach capturing the feeling of the original trilogy. It’s fast, it’s intense and it’s mostly unexplained, charging the viewer to keep up with what’s going on.

It’s Donald Glover’s second best performance of the month and, meh. He’s got a cool cape, but he’s doing this weird accent, I feel like he could have done better with this character.

Far too many movies this decade have been obsessed with answering potential audience questions about background details that don’t really matter — I’d point to Lord of the Rings as being where this started popping up in a bad way, but it’s got much more to do with the importance of setting up sequels and the rise of obsessive fandom as a way to enjoy movies. Stories are about characters, and the best way to do a fantasy story is to let the background elements be background elements and focus on those characters. That’s how Star Wars did it, and that’s how Solo does it.

The action-packed story it focuses on manages to be both starry eyed and disillusioning at the same time. Ehrenreich has said this set of movies will take Solo from an idealistic place to the scoundrel we know from the first movies, and the first installment does a spectacular job of seeding that cynicism into his character and letting it grow without compromising the movie’s fun, breakneck pace.

Even around its lead character, Solo is seriously dark. There’s a lot of slavery in this movie, and a lot of named characters who die. There’s actually only two major characters who aren’t in the original trilogy that survive this movie, but still every character is fleshed out as much as possible and every death is unexpected and impactful. This is set on planets that are outside the reach of Imperial law enforcement, and you really get that sense of this being the wild west of the Galactic Empire, that life is cheap and survival is never a guarantee.

Qi’ra is the perfect character for this poisonous world, where lives are sold and lost in luxurious penthouses over yobshrimp cocktails. She’s a classic femme fatale who, like Solo, is introduced to us as a child with big dreams. After the three-year timeskip, she’s completed the arc that we know is coming for the lead character and serves as a foil, an object of desire and affection and a constant question mark in the plot. In a wonderfully subtle performance, Clarke brings a delicate balance of uncertainty, fear, unpredictability and danger to the character.

This movie never pauses for applause. One of the most grating things about The Force Awakens and Rogue One are the slight pauses after big reveals of legacy characters and props. It’s a big, loud cue that these bare-bones stories are meant as vehicles for fan service, and the only connections you’ll forge with them are through the lens of movies you loved from 40 years ago.

But in Solo, the reveals aren’t just tacky callbacks. When Han is first dubbed “Solo” in the absence of a surname, it’s because he’s just lost his only human connection. When Chewbacca (Joonas Suotamo) is introduced, it’s not a meet cute, it’s an immediate plot point. It’s fan service incorporated into a story, not the other way around. Though it’ll be much more rewarding for viewers who know the backstory, Solo isn’t about that backstory. It’s about what’s happening on the screen right now, and it commands respect and attention as its own story. 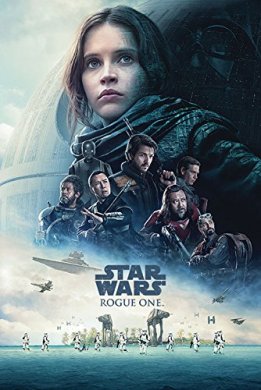 Everybody who tried to say that the poor character development in Rogue One was intentional and actually a good choice since everybody was going to die anyway can watch Solo and get back with me. That’s probably going to remain the king of bad takes for a long, long time.

There was a lot of pessimism surrounding Solo because of its extremely public production troubles, and it’s translated to the box office where it’s currently on track to make only about two thirds of the money it was expecting on opening weekend. I was expecting this to feel like a sloppy mashup of two completely distinct movies, one by fired co-directors Phil Lord and Christopher Miller and one by ringer Ron Howard, but looking back at the full story, that’s not really what happened.

After refusing to say how much of the movie was his, recent reports are crediting Howard with 70 percent of the final cut, and more importantly, the reason Lord and Miller were fired is because father/son writing duo Lawrence and Jonathan Kasdan wanted them to stick closer to their script and get more coverage. Howard was brought in essentially as a yes man to do reshoots according to their original idea for the movie. So while a directing duo being fired in the middle of production is still a pretty obvious indicator that the resulting movie is going to be a train wreck, almost all of their work was redone, and there still was a strong artistic voice guiding the film as a whole — it was just coming from the script instead of the director’s chair.

But Lord and Miller’s firing has to do with the cynical way big tentpole productions are made now, a philosophy which in turn creates most of Solo’s weaknesses as a film. Instead of carefully and thoughtfully crafting every shot and creating, you know, art, directors of movies that represent massive investments are now expected to “shoot for the edit,” or simply shoot a scene with as many different takes and camera angles as possible and leave it to the editors and producers to find the best takes and/or the takes that play best to test audiences.

This shooting philosophy compromises the majority of traditional directorial authority. You’re no longer carefully considering what composition and lighting and shot length works best for a particular moment, you’re no longer doing the take over and over again until it’s exactly what you’re looking for. In this setup, you’re just getting the widest variety of footage you can and handing it to a marketing executive.

It’s not what most people got into moviemaking to do, and it does hurt Solo. The dialogue scenes, particularly the dynamic scenes between Solo, Beckett, Qi’ra and Vos, lose a lot of their impact as the camera seems to hop around to random spots at random moments.

It’s a testament to the strength of Kasdan’s script and Howard’s cool ability to run a production that this movie works as well as it does, but it is still obviously a case of a broken clock being right twice a day. A good director imposing his will on this script, shooting for the right shots and not for the edit, would have made a much more effective film.