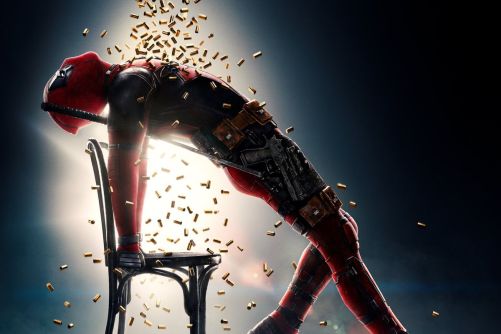 3/10 A few months ago, I heard Deadpool 2 still didn’t have an official title, and production had used the placeholder Untitled Deadpool Sequel. I thought it was hilarious. By not titling the movie, they were opening the door to both play with several clever sequel titles and also mock its own production for not having come up with one yet.

There’s a lot about Deadpool 2 that feels like a missed opportunity.

After a shocking start and another legendary opening credits sequence, Deadpool (Ryan Reynolds, who also produces and writes) wants to die, which is a problem given that his powers make him effectively immortal. He gets a new lease on life when he’s recruited by the X-Men to help Russell Collins (Julian Dennison), an angry young mutant with astonishing fire powers whose lifetime of torture and exposure to too many prison movies has set him on a dark path. Cable (Josh Brolin), whose family is murdered by Collins decades from now, has returned from the future to stop his reign of terror. Deadpool believes he can redeem himself by saving Collins — both his life and his soul.

It’s a little thing, but it starts in this scene, when Carlysle shows Deadpool that she’s removed her IUD and he unironically asks her what that is. No quips, no turning to the audience and explaining it to them in some sort of sarcastic, what-do-you-mean-you-don’t-know-what-an-IUD-is gag, just played straight exposition exclusively for viewers who didn’t pay attention in their sex ed classes. It’s the first big miss in a movie full of them. Also, it’s really weird that a character so sex-positive he referred to his own rectum as “Main Street” in the first movie wouldn’t be clear about what precautions he and his girlfriend were taking during sex.

Where Deadpool was a loving and extremely intelligent satire of the superhero genre, Deadpool 2 feels more like Superhero Movie by the Wayans brothers — or, given how perilously balanced on the brink of self-satire every MCU feature is at this point, maybe it just feels like a particularly lame Marvel movie. Deadpool himself might take either of those as compliments, but it is a distinctly lesser film than the original.

Though many of the sequel’s jokes go further in terms of raunchiness and R-rated glee, they don’t go nearly as far in how they reflect on the movie’s production process or the story that’s being told here. In the best Deadpool stories, he doesn’t just break the fourth wall — almost every comic book character can do that to some extent — he completely transcends it. The humor isn’t just a constant stream of farts and pop-culture jokes, it’s in the way he deliberately compromises the format.

Where Deadpool captured this, Deadpool 2 feels more like a standard superhero movie with a constant stream of farts and pop-culture jokes.

Most of the notable examples to the contrary one might point to ring hollow. The movie does subvert genre cliches in a big way, but only once with its X-Force subplot, and in a way that could have been completely cut out without changing much else. No matter how funny others may have found it, I saw it coming a mile away and kind of just wanted that 10 minutes back.

The tonal dissonance scenes, like the opening musical number, are the kind of joke you would find in any standard comedy.

Where Deadpool 2 really misses its opportunities is with its plot. While the first movie’s story was by no means complicated, it subverted the genre by its very nature, with its main character driven by vanity and revenge. The sequel tells a by-the-numbers superhero tale that has several chances to be clever and thought-provoking and doesn’t take them.

Then there’s this scene. Like in the original, Deadpool has lost a limb here — in this case, the entire lower half of his body — which he’s slowly and very creepily growing back. He’s naked from the waist down here, and most of the main cast has just walked in to remark with disgust on his pre-pubescent genitals. But in the reveal shot, we can’t see his genitals. They remain hidden from us until Cable gets in and he does a Basic Instinct gag, which arguably would have worked better if we’d already seen the hardware. It’s really strange that in a movie that takes this much pride in its R rating, they’re still scared to show us a penis for more than a brief instant, even when it’s key to the scene.

The movie starts by stuffing Vanessa Carlysle (Morena Baccarin) into the fridge along with so many dead parents, and Deadpool’s new desire to kill himself is in order to reunite with her. Maybe instead of a blatantly sexist storyline that’s been done to death in revenge movies from past decades, Deadpool is shocked he’s gotten a sequel and wants to die in order to deny Fox a third installment. And maybe don’t give him a power suppressing tool that would make it a simple matter, so he has to dismember himself in hilarious, increasingly creative and violent ways for our pleasure.

The story moves on to revolve around saving Collins’ soul, which they eventually do by exposing him to a big cinematic single act of kindness that sets him on the right path after years of torture and ahead of years of persecution, but given that this movie is supposed to bend that sort of narrative and given how much of a prick this kid is, that really isn’t a satisfying ending at all. Maybe after all the drama about saving him, Deadpool realizes that he’s just a bad egg and only good things will happen if he’s killed.

Like Deadpool, Cable starts the movie with his family murdered, though he’s searching for revenge instead of a way to join them. Maybe we take the opportunity to explore the parallels in these storylines, with Cable brooding and Deadpool hopskipping through the same arc beat-for-beat and clashing at the end in a confusing tonal circus, instead of leaving them completely unaddressed.

With the cleverness stripped away, the first movie’s shortcomings don’t get any better. Particularly distressing are the weak action sequences — they brought in director David Leitch, who just made two dazzlingly choreographed action throwbacks in John Wick and Atomic Blonde, but Deadpool 2’s action looks like it was thrown together by a second-unit director and stunt doubles shooting exclusively for coverage, adding to the list of lazy flaws this movie has in common with the run-of-the-mill Marvel flick.

Maybe I’m being unfair. Maybe my expectations were too high here. But this creative team is full of people who did much better, similar jobs in other movies, and it upsets me that they did worse here.