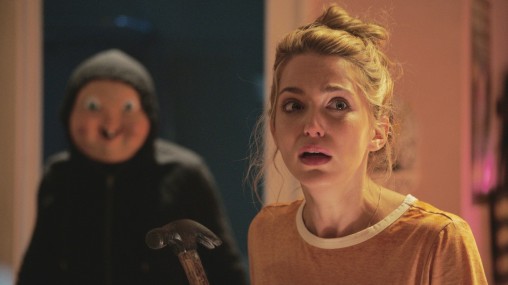 In a move normally reserved for major blockbusters, when Happy Death Day’s Oct. 13 release date was announced in June, both mother! and The Snowman were moved off to other dates by Paramount and Fox, respectively. It has already made its budget back more than five times over- The Hollywood Reporter

Internationally, Sony Pictures has received backlash from Turkey’s Film Critics Association for censoring the film. The Turkish cut has reportedly edited all nudity out of the movie- Indiewire

In other international news, September’s American Made has been pulled from theater chains in Russia in a dispute over commission on online ticket sales. Alexander Mamut, who owns major Russian theater chains Formula Kino and Cinema Park, had introduced a ticket sales service that kicked just 10 percent of the ticket’s price back to Universal- The Hollywood Reporter

But the week’s headlines were dominated by the fallout from The New York Times’ bombshell report that producer Harvey Weinstein had been using his position to sexually abuse Hollywood actresses for years. Though the initial report detailed eight out-of-court settlements, The New Yorker soon published a piece with 13 women saying Weinstein had forced himself on them, and allegations expanded as the week went on. There are now more than 40 women who have accused him of some degree of sexual impropriety, ranging from implying he’ll exchange favors for sex to outright rape- Entertainment Weekly

In an unprecedented move, the Academy of Motion Picture Arts and Sciences expelled Weinstein in an emergency meeting on Saturday- NPR

The Producer’s Guild of America followed suit on Monday, beginning termination proceedings that will complete on Nov. 6- The Hollywood Reporter

As the allegations expanded, the public turned to questions of who knew, and the answer appears to be, “everyone.” Dozens of Hollywood women who did not come forward with personal stories said they’d been warned to stay away from Weinstein for years, and that his behavior was more or less an open secret. Legal experts say it would be highly implausible for the board of The Weinstein Company, from which Weinstein was fired last week, to not have known about Weinstein’s out-of-court settlements. A third of the company’s nine-member board quickly resigned when the scandal broke, and it had been speculated that the settlements may have been paid for with company money- The Associated Press

Weinstein’s brother and business partner since 1979, Bob, said he knew Weinstein was having sex with many strange women, but thought it was all consensual- ET Online

Four of the remaining six members of The Weinstein Company board, Bob Weinstein among them, said they were shocked and dismayed by the news of Harvey Weinstein’s misconduct, but Weinstein’s former lawyer David Boies, who’s firm also represented Miramax and The Weinstein Company as entities, said the board was made aware of at least three or four of the settlements as far back as 2015. Lance Maerov, the board member who handled Weinstein’s contract negotiation, also said he was aware of settlements, but said that no company money had been used and that he assumed they were to cover up consensual affairs- The New York Times

The New Yorker story was written by Ronan Farrow, who had worked for NBC since 2013. Farrow was working for NBC and given company resources to pursue the story, but was turned down for publication and eventually went to the rival magazine. NBC News president Noah Oppenheim said that there were holes in Farrow’s story that had since been filled. Farrow said the media should remain focused on Weinstein and his victims- The New York Times

Attention has also turned to star Ben Affleck, whose condemnation of Weinstein jogged memories about his own groping allegations- Vox

Longtime collaborator Matt Damon has also come under fire for his part in ending an attempt at publishing this story as far back as 2004. Damon said he did not realize the scope of the story he was being asked about- Variety

In an attempt to bring awareness to the scope of the problem of sexual assault and harassment, actress Alyssa Milano called for women on Twitter to respond “me too” if they had been victimized- The Hollywood Reporter

In 2017, the MPAA does not track incidents of sexual violence in feature films- The Black List

In its ever-continuing expansion, Netflix plans to release 80 original films in 2018- Variety

And finally, the week’s big trailer was the new one for Black Panther, which pounces into theaters Feb. 16-