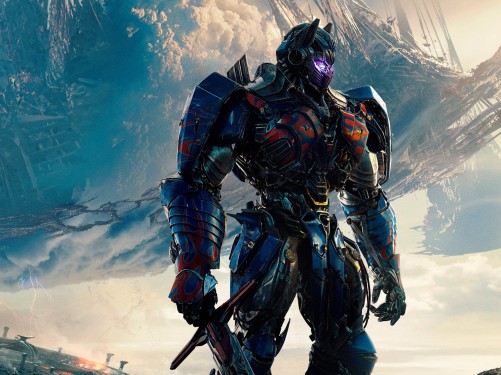 Transformers: The Last Knight is the crowning achievement of one of history’s worst filmmakers. It’s filled with the most sound and fury, it signifies the least. It is a critical mass of Bay.

In the vaguely conveyed plot of The Last Knight, it is revealed that transformers have been on Earth since ancient times, just like in Transformers 2, 3 and 4. Sir Edmund Burton (Anthony Hopkins), historian of an English secret society that has kept their secret for 1,600 years, reveals that the knights of Cybertron helped King Arthur (Liam Garrigan) unite the British isles in the 5th century, and the magic staff of Merlin (Stanley Tucci) is actually the scepter of the mad Cybertronian creator goddess, Quintessa (Gemma Chan).

If anyone isn’t sure what Bayhem is, here’s a wonderful breakdown of the director’s signature technique and why it’s so exhausting-

The Transformers series has gotten increasingly Bay-ish as it’s gone on, and The Last Knight reaches heretofore unseen levels of his very particular directorial splendor. Almost every shot and plot point is somewhere on the Bayhem scale, at the expense of orienting shots, even at the expense of disseminating the plot at times. It starts to cross the line from a traditional blockbuster into an abstract collection of extraordinarily busy shots. It’s almost avant-garde. 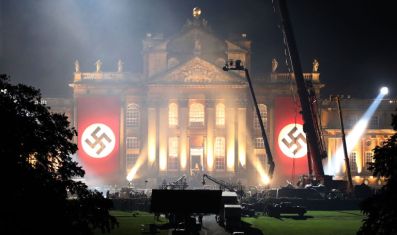 Standard blockbuster conventions are dialed higher than they’ve ever been. The Last Knight and most other Transformers movies — with many internationally oriented titles following suit — was shot to be edited into several different languages. It’s a technique that dates back to the first Godzilla movie, which Jewell Enterprises spliced an English-speaking journalist into to re-release for American audiences. Using different dubbing, off-screen dialogue and extra footage to more prominently feature characters who look like they’re from the target audience’s part of the world, you can make a fundamentally different movie. But when what you’re going for in production is marketing versatility, the product almost always suffers.

Even in English, The Last Knight feels like it was re-mixed like this before we saw it — which it may well have been. Age of Extinction made more money in China than it did in the U.S., so it would make sense for the sequel to cater to that audience more than ours.

Another blockbuster convention The Last Knight brings almost to the point of satire is the orange-and-teal color scheme. There’s good reason the vast majority of blockbusters go for this color palette — a two-color setup is the easiest to use, they want complimentary colors for maximum contrast and human skin is orange, so that color and its complement lend themselves very naturally. The Transformers series is actually a flagship for this tendency. The problem is everyone who watches a lot of movies is sick of it, and the problem here in particular is, in Michael Bay tradition, the saturation is ratcheted up to the point that it looks like an oil painting.

This brings us to the most visually distinct thing about the movie: Mark Wahlberg’s lips. 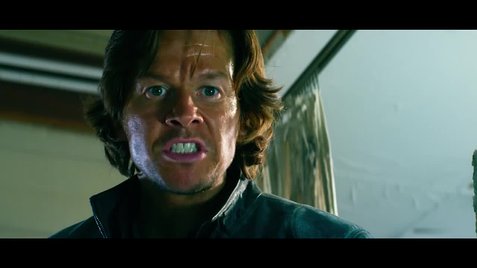 They’re pink — but they’re not just pink! They’re magenta. They’re petunia pink. They’re pink like bubblegum with too many preservatives. They’re pink like a Wednesday Mean Girls watching party. What’s happened is some combination of him protecting his mouth too well while tanning and the saturation on the movie’s oranges being turned so high that his skin looks like an unpeeled carrot, leaving his lips with a more normal saturation, and the difference is, well, let’s just say it helped get me through the movie.

It is perhaps the most cutting indictment of Michael Bay as a director that in this, the movie most filled with his distinct visual style, the only images that really stand out in my memory are Wahlberg’s laughably oversaturated face and undersaturated mouth.

Transformers: The Last Knight even takes Bay’s creepy, gross, obvious thing for underage girls to unheard of extremes. The movie introduces the 14-year-old Izabella (15-year-old pop star Isabella Moner) and immediately sexualizes her, with throw-away teenage boys to send up her attractiveness and some… noticeable costume choices. This is following up Age of Extinction, in which a main character literally pulls out his statutory rape license at one point.

Like it or not, this is the shape of things to come. These movies make so much money from the international market, which is increasingly the most important one, it doesn’t really matter than American audiences finally seem to be getting sick of it. No one makes the mayhem as spectacularly awful as Michael Bay, so if you like it, see it while you can — he’s said this will be his last outing with the franchise. Just like Transformers 3 and 4.

For more, check out Lindsey Ellis’ exceptional ongoing series critically analyzing the Transformers movies through the lens of auteur theory-