X-Men: Apocalypse a substandard addition to an otherwise improving franchise

X-Men: Apocalypse isn’t a terrible film, but I wish it did not exist.

En Sabah Nur (Oscar Isaac), the world’s first mutant, was born in Egypt and worked his way to the status of living god. The movie starts in 3600 B.C.E. with his body decaying and him transferring his consciousness and powers to the body of another mutant so he can continue his reign over humanity, but he is betrayed and entombed by his followers. In 1983, reawakened by fanatics, En Sabah Nur looks for other mutants to make into four new horsemen whose power he can use to destroy a world that has become overrun by the weak in his absence. He gathers together Erik Lehnsherr as War (Michael Fassbender), Ororo Munroe as Famine (Alexandra Shipp), Warren Worthington III as Death (Ben Hardy) and Elizabeth Braddock’s absurd outfit as Pestilence (Olivia Munn). En Sabah Nur, who has carried various names throughout his life, gets the name Apocalypse after CIA agent Moira MacTaggert (Rose Byrne) informs Charles Xavier (James McAvoy) and Alex Summers (Lucas Till) of his resurrection and relating his main servants to the Four Horsemen story.

This is Psylocke’s outfit in the comics and I get that, but she looks ridiculous. Also, strange role for Munn — she turned down Deadpool because she didn’t want to play the girlfriend again, and is instead in this movie as a character who barely has any lines, or even many action scenes, and is purely there for fan service and spent the entire media tour playing that angle up as much as possible.

After all of the awesomeness in X-Men: First Class and Days of Future Past, Apocalypse was unsatisfying and baffling. I honestly cannot believe Bryan Singer returned to direct, or that Simon Kinberg returned to write. Missing is Matthew Vaughn, who directed and co-wrote First Class and earned story credit for Days of Future Past, but Apocalypse’s storytelling weaknesses cannot be blamed on the absence of one person. None of these people have perfect filmographies, but audiences should expect more from them, and they should expect more from themselves.

Days of Future Past is one of the best comic book films I have ever seen. That movie handles several storylines, some of them complicated, near perfectly. I get choked up in a few scenes, especially when the picture focused on the relationship between Xavier, Lehnsherr and Raven Darkhölme (Jennifer Lawrence). Excellent writing, fantastic direction, good visual effects and no unnecessary scenes.

Apocalypse, though, relies too much on reminding the audience how much they like the other X-Men movies. Too many of Apocalypse’s plot and character interactions depend on Easter eggs and reminders of events and characters important in the other movies, but not this one. Lehnsherr gets a sweet but mundane family plotline. Xavier treats MacTaggert like the girl who got away, despite her only appearing in First Class and having no business in this movie. Peter Maximoff (Evan Peters) has another slow-motion scene just like in Days of Future Past that is supposed to be funny and clever, but just made me want to fast forward to the next part of the movie. The Wolverine (Hugh Jackman) cameo should have been cut. Most of what you see in Apocalypse is put on the screen to remind you of how much you like the other movies — if you do like any of the other movies — and to get you excited for more, much like the Marvel Cinematic Universe’s worst material.

Even when something a little original gets introduced, it’s not always good. Lehnsherr’s character goes backward so much he ends up where he was emotionally at the beginning of his adult life in First Class. Characters seem like they are important when first introduced, but then do nothing significant in Apocalypse’s 144-minute runtime. 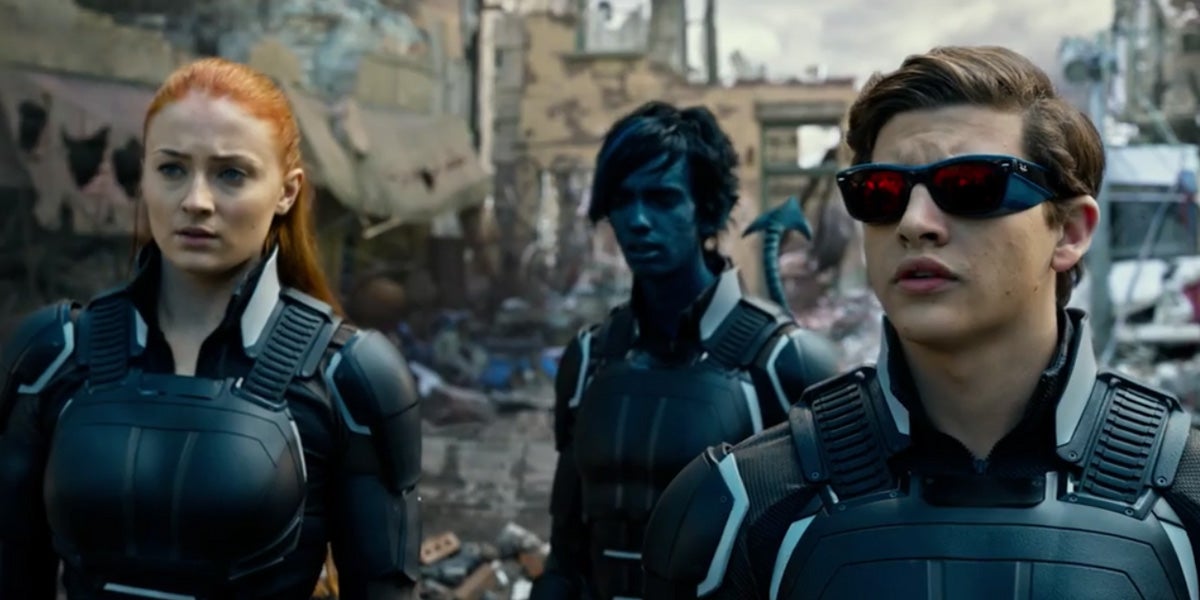 At 144 minutes, this movie wastes a staggering amount of time. It spends 10 minutes on MacTaggert’s character despite her having no arc or function in the plot, 15 minutes getting Magneto to a point in his character development he was already well passed, and takes a detour of at least 20 minutes just so it can fit a few shots of Wolverine in.

While watching the Days of Future Past post-credits scene, I got excited that Apocalypse was finally going to be the main villain in an X-Men movie. However, I now question why exactly I felt that way.

One of the most interesting characters in the X-Men universe, he is only somewhat intriguing in his own movie. Isaac does a fine job portraying him, but he is working with lacking material. Differences between source material and adaptations are fine, even when they aren’t improvements. However, it’s not clear what Singer and team could have done to not make this a film at the lower end of mediocre. One of the main aspects of the Age of Apocalypse storyline in the comics is time travel, but the filmmakers already explored time travel, quite successfully, in Days of Future Past.

Before the film’s release, this seemed like the latest work in a trend of major releases — and specifically comic book movies — that explore religious themes. However, Apocalypse’s faith examinations are light. The movie drops several Revelations referances and more vague apocalyptic references. They occur throughout the film, mainly through dialogue — at one point, Apocalypse tells Magneto to “come and see” — but are not prevalent as the X-Men movie callbacks. 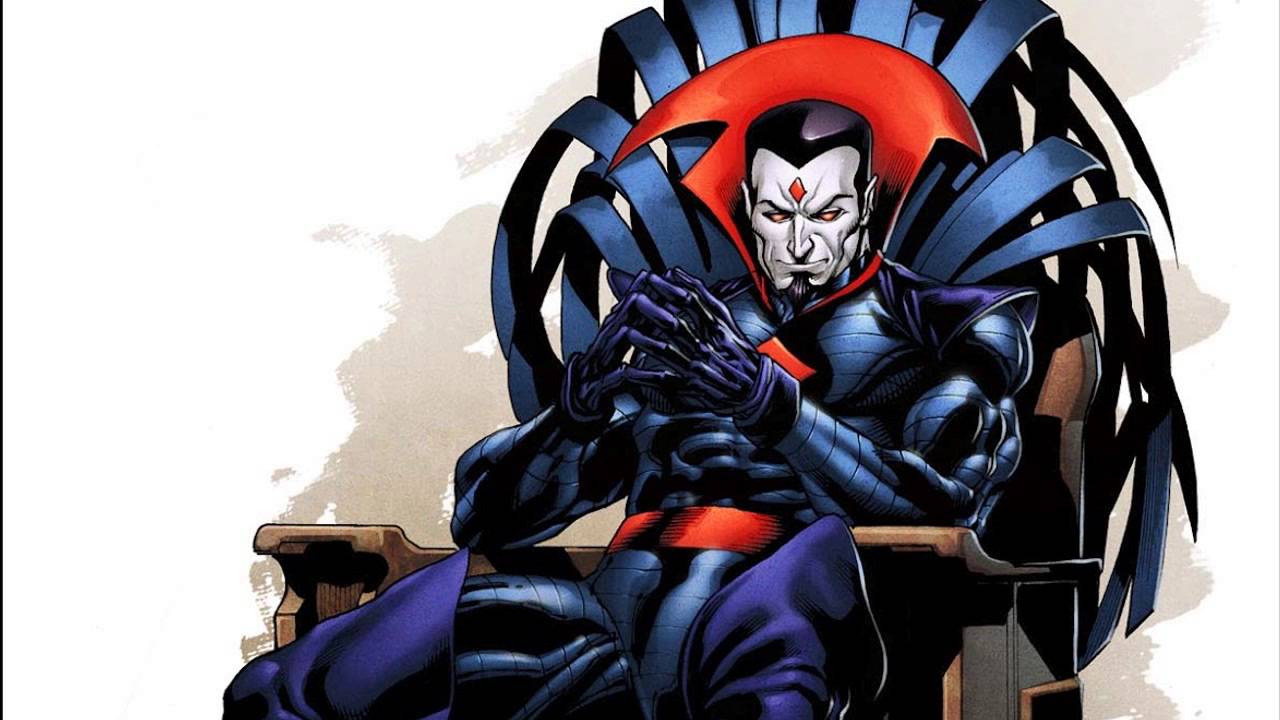 The post-credits scene ends up being another homework assignment, but all but confirms Mr. Sinister’s involvement in Wolverine 3. Singer has said the next X-Men movie will be set in the ’90s and he wants to re-do the Dark Phoenix Saga, which was botched in X-Men: The Last Stand after he abandoned the franchise for Superman Returns, which he proceeded to botch.

The CGI is terrible. This movie has a $178 million budget, and a $178 million movie should not have bad visual effects. They looked incomplete in the trailer, but that is also how they look in the final edit. However, Newton Thomas Sigel returns from Days of Future Past as director of photography, which is a plus. Nearly every shot is well composed, and the movie does look cinematic.

Most of the dialogue needs major re-writes, but some lines are funny. The best moment is when Lehnsherr first sees Apocalypse and the other horsemen.

The relationship developments between Xavier’s older students is also a positive. When Scott Summers (Tye Sheridan) meets Jean Grey (Sophie Turner), there is no forced romance. Sheridan does a fine job of giving Summers a personality, and Turner is good as an intelligent and socially awkward teenager, without letting the character turn into a cliche. Kodi Smit-McPhee is also decent as Kurt Wagner. When the three are together, they build a genuine friendship.

For the next film, Singer and team need to think very carefully about what to do in terms of the script and the effects. Make better use of funds. Spend more time on re-writes. Just do not make another X-Men movie with this poor quality of storytelling, especially with the series already possessing several examples of good filmmaking.

1 Response to X-Men: Apocalypse a substandard addition to an otherwise improving franchise