Anthony Mackie has been a bright spot in every movie he’s been in, and I was really excited to finally see him in a leading role, except he wasn’t. Despite playing by far the most interesting character, he’s pushed into the same blender as everyone else. Photos courtesy Open Road Films.

Triple 9’s plot is almost too murky to even summarize. It starts with an Atlanta-based heist squad — leader Michael Atwood (Chiwetel Ejiofor), former special services squadmate Russell Welch (Norman Reedus), his younger brother and ex-cop Gabe (Aaron Paul) adding two new members — current cops Marcus Belmont (Anthony Mackie) and Franco Rodriguez (Clifton Collins, Jr.). The group is employed by Russian crime boss Irina Vlaslov (Kate Winslett), whose sister, Elena (Gal Gadot), has a child with Atwood. Vlaslov uses this as leverage to make the group work for her. After they complete an initial job, Vlaslov withholds payment, demanding they perform a second heist in a few weeks, this one nearly impossible. The group decides their only option is to murder a policeman — code 999, from which the movie gets its title — pulling the entire APD to the other side of the city for several hours. Meanwhile on the force, Belmont is saddled with an idealistic new partner in Chris Allen (Casey Affleck), whom the group quickly decides will be their sacrifice. 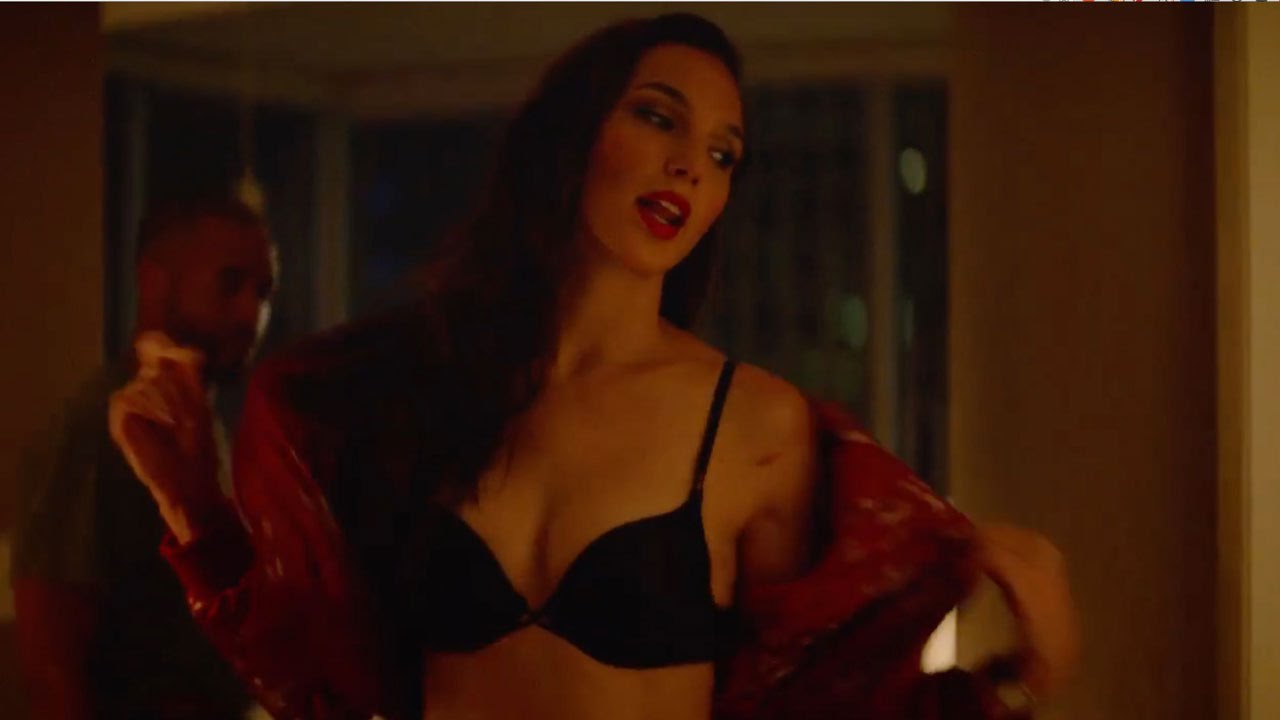 Triple 9 is extremely proud of itself for snagging Wonder Woman and flaunts her at every opportunity, to the tune of two extended tracking shots following her ass through entire apartments. Her own sister even praises it at one point. Somewhat counter-intuitively, Gadot gives one of the film’s better performances as a care-free ditz.

Even more than the narrative, Triple 9’s visual story is incomprehensible. The movie puts a heavy emphasis on handheld camerawork, but goes way overboard with the handheld part at every opportunity. The whole thing turns into a salad of motion sickness and dull lighting that causes most of the scenes to bleed together into a tangled, mind-numbing mass. The movie requires extreme focus to follow, like a book with no chapters or paragraph breaks.

Focusing on dialogue isn’t much help. There are simply too many characters with too many conflicts and motivations, and the movie doesn’t spend enough time on any of them. There are definitely ways to make a movie with this many characters, but the main problem here seems to be that they’re not interconnected enough — Vlaslov only ever has scenes with her sister and Atwood, and Gabe Welch and Allen only spend significant screen time with Belmont.

However, the primary issue may be that the story doesn’t make any sense when spelled out simply. Vlaslov wants to show Atwood she means business about this second job, so she has Russell Welch, a member of his crew and close friend, murdered in a move so counter-productive most people wouldn’t think of it as an option. His brother, Gabe, spends most of the movie mad with grief, so he tries to stop the crew from performing the robbery, knowing the Russians will kill the rest of them if they fail. It’s utter nonsense. Finally, you have two corrupt police officers, Belmont and Rodriguez, who risk their necks as foot soldiers instead of manning the standard, much more valuable corrupt officer positions as moles for the mob. In a movie already difficult to follow, the destination being baffling hurts it even more.

Leopold Knopp is a formerly professional film critic, licensed massage therapist and journalism student at the University of North Texas. Step right up for the best burgers in town! I’ve had a change of heart in regard to reader input. It is now welcomed and encouraged. Like Reel Entropy on Facebook, follow it on Twitter @reelentropy, and shoot questions to reelentropy@gmail.com.