A brief history of space movies

With The Martian holding steady in the no. 1 spot, it’s time to take a look at how space has been used as a setting in movies over the years.

The first space movie — the first science fiction movie, really — was the 1902 French short Le voyage dans la lune, or A Trip to the Moon in English. Made just after the Industrial Revolution when we had basically no idea what the moon was really like, the short was an exercise in pure creativity. The shot six minutes in of the moon anthropomorphized only to be punched in the eye remains one of the most iconic images in film history.

The next film, The First Men in the Moon, didn’t drop until 1919, and the one after that, Die Frau im Mond (translated as Woman in the Moon) didn’t come until 1929, and that was it for the silent era. The movies wouldn’t venture to outer space again until 1950, but they’ve been going there frequently ever since, with the decade suddenly featuring 19 movies with settings beyond Earth.

The genesis here seems to be in popular novels. Two of the first movies in this stretch, Destination Moon and The Day the Earth Stood Still, were based on Robert A. Heinlein’s “Rocketship Galileo” and Harry Bates’ “Farewell to the Master,” respectively. The real eye-opener, though, was Rocketship X-M. While Destination Moon had built up the hype necessary for a high-profile picture, it had to delay a few weeks for re-shoots. Taking advantage, Lippert Pictures produced Rocketship X-M in just 18 days and got it into theaters a full 25 days before Destination Moon, stealing the film’s thunder. Destination Moon made $5 million from a $500,000 budget, which is the equivalent of turning about $5 million into $49.4 million in today’s money. Rocketship X-M was produced for almost a fifth of the cost, and while its profit numbers aren’t readily available, what is clear is that Monogram Productions Inc. did the exact same thing — with the exact same premise — with Flight to Mars next year, so it can’t have been bad news for the bottom line. The Day the Earth Stood Still turned $995,000 into $1.9 million. Next year featured four space films, including Abbott and Costello go to Mars. Abbott and Costello didn’t actually go to Mars, but the popularity of space as a concept is clearly established at this point.

It’s important to note that the Space Race didn’t really begin until 1955, meaning there’s a good chance the movies inspired it, not the other way around.

The ’60s had 13 movies and the television premiere of Star Trek, and the ’70s had another 13 and a couple of other television series. One of these films was Star Wars, which changed the course of film history in several ways, possibly the least important of which was popularizing space movies even further. The ’80s exploded again with 33 movies. This included the satire film Space Balls, fully cannonizing space operas as a genre. The next decades have featured at least two or three space movies a year. 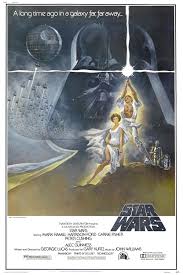 Despite being one of the more established genres, we’re seeing a definite shift in space movies. Many classics — Star Wars, Alien — are set in space, but are classics for completely different reasons. But for three years running now, one of each year’s most popular movies — Gravity, Interstellar and now The Martian — have not only been set in space, but have actually been about space. The setting served as the main antagonist.

These films have a surprising amount of specifics in common. They all have a heavy focus on what’s possible with current technology. They all have a employ real physics, to the extent that Interstellar actually furthered black hole research. They’ve all got shots of naked astronauts tumbling through space, and two of them even have those astronauts using improvised propulsion systems — Mark Watney (Matt Damon) cuts his suit open in The Martian’s climax so he can “fly around like Iron Man,” and Ryan Stone (Sandra Bullock) uses a fire extinguisher to change course in Gravity. Even more strangely, they’ve all been released within a month of each other — Gravity and The Martian shared the same weekend, allbeit two years apart, and Interstellar was released a month afterward in 2014. Lastly, they’ve all been wildly successful — Gravity took in $723.2 million worldwide, Interstellar pulled in $675 million and The Martian is already at $227.2 million after two weekends.

The cinematic origin of these trends seem to trace back mostly to 1968’s 2001: A Space Odyssey, a bizarre film by even director Stanley Kubrick’s standards that no one would dream of trying to replicate at the time. However, Interstellar was so heavily based on parts of 2001 it could almost be called a loose remake. Additional mention is due to 1995’s Apollo 13, which also went to great lengths to depict accurate zero gravity scenes and used space as the primary antagonist, though it didn’t spawn any kind of cinematic followup. Gravity was based heavily on 1969’s Marooned.

Despite the obvious success of this specific kind of film, 2016 doesn’t have anything that seems to be following this trend on the docket yet, with primary science fiction releases being Star Wars and Star Trek sequels.