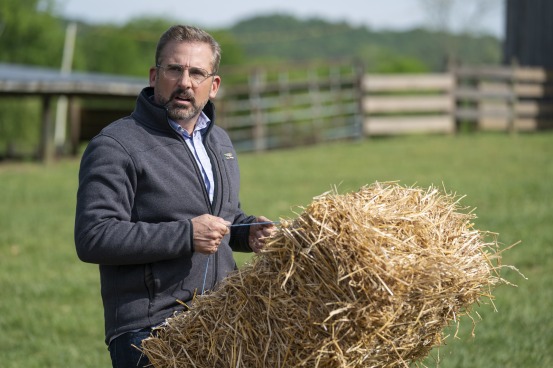 3/10 In early 2020, a nightmare virus – highly contagious for up to two weeks before symptoms start to show and triggering an agonizing, potentially deadly pneumonia in a significant percentage of its victims – made its way to the Pacific Northwest. Despite several months advance warning as this virus overwhelmed Chinese and European hospitals and despite having been specifically trained on emergencies of this nature, President Donald Trump’s government spent months in denial, trying to avoid shutting the economy down because he thought it would increase his reelection chances. Despite knowing full well that the disease is on essentially a two-week delay, several decisions that were always seen as eventualities were made weeks, sometimes a full month too late, leading to dramatically inflated loss of life.

As of this Independence Day, an estimated 132,000 Americans have died of the virus out of an estimated 525,000 deaths worldwide. This means the U.S. has accounted for more than 25% of global deaths despite representing just over 4% of the total global population, and that ratio is only going to get worse as cases continue to spike in several states long after the rest of the world has gotten the virus under control. An estimated 70-99% of these deaths could have been prevented if Trump had simply taken the precautions that other countries had already proved effective.

In Irresistible, top Democratic campaign strategist Gary Zimmer (Steve Carell) reels at Trump’s shocking – to some – victory over Hillary Clinton in the 2016 election. In his despair, he’s shown a viral video of Jack Hastings (Chris Cooper) chastising the Deerlaken, Wisconsin City Council. Hastings, a retired Marine colonel, uses the language of Christ to stand up for the town’s undocumented immigrants, whom the council is trying to block off from public services. Zimmer, who believes the Democrats were foiled by a general disconnect with rural America instead of the choice to run a historically unpopular candidate, can not resist the idea of turning Hastings into the rugged new face of the party, and flies to Deerlaken to convince him to run for mayor as a Democrat. He is followed by the real star, Republican strategist Faith Brewster (Rose Byrne), who turns the mayoral race into a national flashpoint.

It feels like I have a personal relationship with Irresistible writer/director/producer Jon Stewart, as is natural with late night hosts. Stewart spent more than 15 years speaking directly to us about the state of the world, and he was so influential that he destroyed the format and quite literally rebuilt it in his own image. Many current late night hosts are his direct proteges, and the ones that aren’t still rely heavily on his innovations. More than any other auteur, the sense that you know what the person who made this was trying to say is palpable here.

Irresistible is brilliantly funny in its opening moments, when Zimmer and Brewster directly tell a cluster of news media that they’re lying and that covering them at all is harmful. That style of mask-off humor pops up throughout, with Fox News and CNN on the butt end of its best jokes in the main body of the movie, but it mostly falls away.

The absurdity of the situation, applying the insane political news machine to a small town mayoral race, is what Irresistible mainly interests itself with, and absurd it is. This entire scenario is absurd on its face – city councils, until you get up to the largest ones in the world, are non-partisan, and running for mayor “as a Democrat” or “as a Republican” is a great way to get yourself laughed out of town. The movie gets into the outrageous laws surrounding campaign finance and the horrifying level to which social media allows campaigns to stalk voters, but it doesn’t really mock them, it simply presents them as they are. 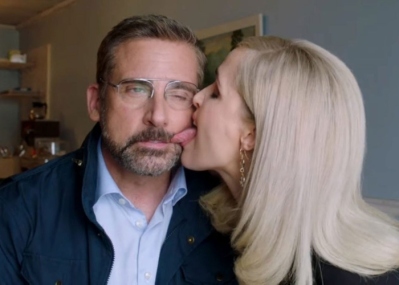 Rose Byrne accepts roles in a lot of questionable movies, but she’s one of the best comic actors working right now. Irresistible offers probably one of her best roles, allowing her to bring about not only her deadpan delivery, but her sexuality and general creativity.

We all know what Stewart thinks about these things, but there’s little in the movie itself to express that viewpoint. This fictional setting would be a great place to actually play out the insane corruption made legal by the Citizens United decision, but Irresistible simply touches on these issues as Zimmer snickers like he just got away with something. When the corruption eventually does materialize, it’s actually a positive force for the town.

In June 2020, a wave of massive protests of racist police violence, what might have been the largest wave of protests in U.S. history, swept through almost every major American city after video of the savage murder of George Floyd at the hands of a Minneapolis police officer went viral. Trump threatened to turn the U.S. military on its own citizens to quell these protests, even insisting that he would supersede state governors who refused. His flirtation with murdering his own people came to a head when he directed the National Guard to use tear gas, flash grenades and rubber bullets to disperse a non-violent crowd in Lafayette Square just outside the White House so he could walk to St. John’s Episcopal Church for a campaign photo op. Several clergy were personally victimized. It was only the third time in his presidency that Trump had visited the church.

You can tell Irresistible wasn’t made by a natural filmmaker. Once the setup is over and Zimmer gets to Deerlaken, the second act drops into long stretches of scenes shot with coverage, usually not nearly enough of it. You’ll get long dialogue scenes where the camera hops thoughtlessly between a small handful of different setups, with the edits so quick that you notice almost immediately there aren’t enough angles to carry the scene.

Much worse is when the movie drops into more traditional montages. The scene of Zimmer trying to get Haskins’ attention by helping him out on his farm – a scene which directly contradicts the movie’s twist ending – is a series of flat, predictable fish-out-of-water gags, but Zimmer isn’t struggling with anything extreme like plowing or birthing a calf, he’s struggling with basic tasks like moving hay bales. Without the exaggeration to make it funny, it’s kind of sad.

This is a significant running problem with Irresistible – it constantly tries to highlight Zimmer’s discomfort in the rural setting and how that setting is different. Living my entire life in the DFW Metroplex, a megacity surrounded on all sides by what are essentially 1800s townships with cell phone towers, you have to be comfortable in all shades of urban, suburban and deep rural societies.

Irresistible gets those differences wrong in almost every possible way. It’s difficult to believe a man in his 50s could be so sheltered as to have literally never left the D.C. or New York City areas. Zimmer’s discomfort focuses mostly on a lack of wifi, as if small towns turned their nose up at vital communications infrastructure – the same communications infrastructure that was so central to why the 2016 election played out the way that it did. For a movie that is supposed to be deeply grounded in the shock and despair of 2016, going back in time like this, portraying a vision of small town America that hasn’t evolved since the ‘80s, betrays a major disconnect on the movie’s part.

Irresistible is also very male gazey, which is something I did not expect and would have hoped Stewart would be above. Third-billed Mackenzie Davis appears in several scenes, framed prominently in all of them, before she has a full line of dialogue, and even after she finally starts talking she’s mostly a background character the camera seems to be enthralled with.

The real lowlight from a filmmaking perspective is a scene in which Zimmer berates his staff for being discouraged when the opposing candidate, incumbent Mayor Braun (Brent Sexton), buys up the town billboard. The lecture is a montage of only a single shot – so, a long series of jump cuts – in which Zimmer lets loose with a long string of sarcastic remarks about how this was to be expected. The use of jump cuts, implying that there were parts of this scene we’re skipping over, expands the time of the scene, so what should have just been a couple of sarcastic lines instead takes up at least a minute of runtime and makes that minute feel like an eon, one in which the camera never moves, Zimmer barely moves and his entire staff just sits there.

The scene was probably cut this way because Carell was improvising the lines, and if so, it represents the height of lazy filmmaking. Instead of refining that improvisation into something that could be quickly delivered in a way that made sense for the scene, they had Carell do his thing and didn’t put any thought into it at all until it got to the editing room, at which point they were stuck with this overcomplicated wart of a sequence.

You can tell Irresistible was made by Stewart personally. Several of his more serious monologues are burned into the national consciousness, and it’s unsettling to hear what sound like his words – what are his words, he wrote them – coming out of other actors’ mouths.

In June 2020, over the weekend Irresistible was released, it was revealed that Russia had been paying Taliban fighters to kill U.S. troops still in Afghanistan. Trump, who has acted in Russia’s favor numerous times over the course of his presidency and is widely speculated to be under Russian President Vladimir Putin’s control, was briefed on these activities as far back as March 2019. He has taken no measures in response.

When Stewart left The Daily Show in 2015, he said that the 2016 presidential election – which was already well underway at the time – seemed no different to him. For Stewart, it’s obvious what was no different was the media circus that accompanied and still accompanies it, the endless, often unintelligible and always meaningless deluge of the 24 hour news machine, and that makes sense. That’s what he was looking at day in, day out for more than 15 years, not really the news itself, but the theater of it. Irresistible is a movie about that theater, and seems every frame like it was made by a man for whom that theater is the most important part of politics.

But that theater is not the most important part of politics. For all its deficiencies, that’s what Irresistible is really missing.