‘Harriet’ is the classy way to beg for an Oscar 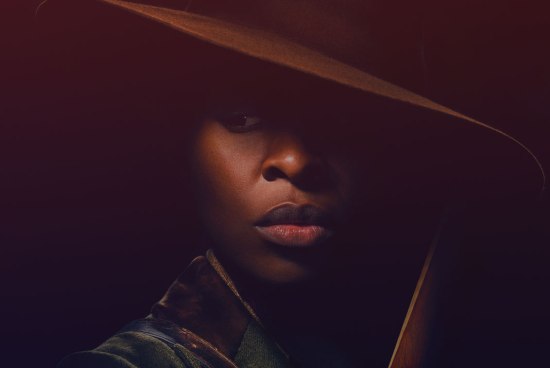 8/10 Harriet is the platonic ideal of what all Oscarbate movies want to be and is genuine enough to not drive me up a wall.

The film follows the completely true life story of Harriet Tubman (Cynthia Erivo), born Minty Ross, a slave in Southeastern Maryland who escaped to freedom in Philadelphia along the Underground Railroad, then went back 13 more times and brought an estimated 70 more slaves back with her, then, during the Civil War, helped lead the Combahee River Raid, freeing hundreds more.

Tubman believed she received visions from God that guided her on her journeys, which is speculated have been the result of brain damage from a severe beating she received as a child. Whatever the cause, she was noted by peers for her uncanny ability to avoid danger and became a semi-religious figure, even being known by the moniker “Moses” during her time as an outlaw.

What’s important to understand about Harriet is how its execution exposes and corrects the flaws in most Oscar-season releases.

Harriet is gracefully set up to build itself out from a small-scale character-driven story into prime Oscar-pitching material in such a way that a viewer shouldn’t notice the transition. It both avoids romanticizing Tubman either within the text of the film or by playing her up – the film is remarkably accurate to what’s known about her – while demonstrating why she doesn’t need to be romanticized. Tubman is portrayed as part of a system, first of slavery and then of the already-existing Underground Railroad, and then subsequently as rising above that system.

Cynthia Erivo is a fresh face in Hollywood, and the jury’s still out on her overall ability, but she’s absolutely perfect casting for this.

The narrative is almost invisible. Every action Tubman takes is motivated either within the individual scene or from the previous scene. She never seems to go against the grain of any given moment and never has a moment of doubt. Her rise into one of the most prominent abolitionists in history is portrayed as natural, as if she took the only acceptable course of action at any point in the story. When Ervio gets her big sweeping moment at the end when she gives a big speech and everybody claps, it’s not artificially inserted for the Oscar reel. It’s the culmination of her flat arc throughout the film.

Harriet begins by focusing exclusively on the scene-to-scene, with the only sharp edits to portray Tubman’s visions. The film only breaks into montage when her activity grows in scale beyond what could possibly be shown in the moment. Keeping strictly to this pattern allows the film to cover large-scale events without feeling like it’s skipping over anything. Perhaps the only way to tell this story without breaking into montages would be to focus on a single trip along the railroad, inserting a protagonist who isn’t sure about the journey or otherwise doubts Tubman and inserting as many famous incidents in Tubman’s life into a single composite journey as she demonstrates the flaws in the doubter’s ideology, which is definitely a structure I’d prefer to see, but Harriet manages to make its more in-fashion structure look good as well.

The film is also keenly structured to target modern viewers. In Tubman’s climactic confrontation with her former master, a fictionalized character her own age called Gideon Brodess (Joe Alwyn), a scene which is set years before the Civil War, she admonishes him for holding onto his “lost cause.” The deliberate anachronism, using the exact phrase for romanticizing the South’s secession that was coined well after the war, both uses Tubman’s words to scold current viewers who hold the viewpoint and recontextualizes the phrase itself, portraying the South’s cause as having been already lost even before the war.

Additionally, much of Tubman’s conflict in the movie is against other abolitionists who don’t want to take her same degree of risk, setting her fearlessness and relentlessness not only against an enemy, but against less convicted allies. It’s easy to imagine Tubman in a modern context, when the descendants of slaves are still regularly murdered by the organizational descendants of slave-catchers and the U.S. government houses minority children in tent cities, shaming everyone who hasn’t taken up arms yet.

Harriet represents a smoother execution than many of its contemporaries, but not of strictly different techniques, so its success probably won’t herald any movies that are specifically like it, but it’ll be one of the easiest things to watch this year for people who insist on going back and watching Oscar nominees.

This entry was posted in Entropy and tagged #oscarbate, Cynthia Erivo, Harriet. Bookmark the permalink.