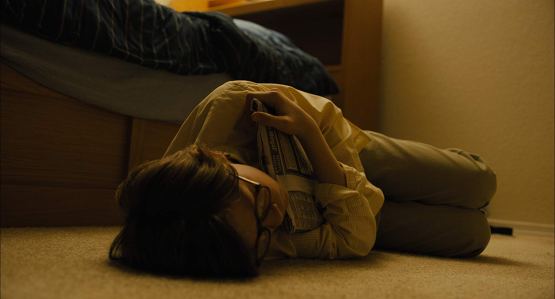 4/10 With It: Chapter 2 lined up to spend at least two weeks at no. 1 months in advance, the Sept. 13 release slot looked like prime real estate for niche faire and a smaller-scale movie to get a head start on Oscar season.

After premiering at the Toronto International Film Festival to two very different receptions, girls’ night out movie Hustlers has gotten a head start on that race because it’s genuinely that good, while The Goldfinch, which was expected to serve as the starting pistol, was met with one of the worst openings of all time.

In The Goldfinch, 13-year-old Theo Decker (Oakes Fegley and Ansel Elgort) stands as one of the only survivors of a random and quickly forgotten bombing of the Metropolitan Museum of Art. His mother dies in the blast. In the immediate aftermath, Decker steals a 1654 painting called “The Goldfinch,” which becomes his symbol of hope through a tumultuous life.

We know this because that’s what the promotional material says. It barely comes up in the movie at all. Decker moves at a glacial pace through a couple of different homes, with an eight-year timeskip hidden somewhere in there.

We don’t have much way of knowing what was cut from the script or what was shot and then cut, but based just on what we see, The Goldfinch is one of the worst editing jobs I’ve ever seen. The problem everyone’s having with the movie is it’s sad and almost an hour longer than it deserves to be at 149 minutes, but that’s just the tip of the iceberg. 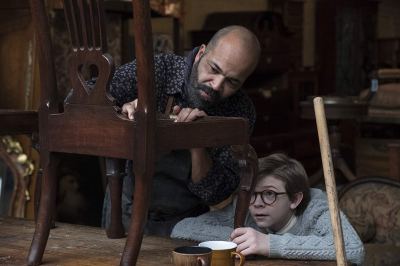 The Goldfinch pulled together a remarkable cast that includes Jeffrey Wright, Nicole Kidman, Finn Wolfhard, Sarah Paulson and Luke Wilson, and then barely uses any of them. Even top-billed Ansel Elgort gets far less screentime than Fegley.

Entire plot points are either missing, not explicitly there or implied to have happened off-screen, presented as reaction without action. Decker’s career as a fraudulent antique salesman, which is key to the plot, is so glossed over I had to read about it afterward to figure out what was happening. This isn’t just a detail that was in the book and not the movie – this is something present in summaries of the film’s plot but not present in the film itself, only mentioned in an accusation by a character who has every reason to be lying.

This calls just about everything we do see into question. Decker’s drug habit, for instance, is supposed to be debilitating, but that’s not what I saw. Is it what the filmmakers intended me to see? Was I supposed to pick up on Xandra (Sarah Paulson) being a prostitute? There was apparently a suicide attempt at the end, did that just go over my head?

The timeline is broken up, but the order it’s presented in is completely wrong, to the extent that one of the closing scenes should have been the opener. Instead of alternating between Decker at 13 and 21 with any amount of energy or connection, we spend about an hour with the younger actor and then start jerking gracelessly back and forth, with scenes that need to be right next to each other strewn recklessly across the runtime. It takes about an hour and a half to actually play out the bombing that supposedly sets the film in motion, and almost two hours for “The Goldfinch” to become an overt part of the plot.

For about the first 20 minutes, there’s a wonderful score undergirding everything, holding the film together in a segment where the scene is still shifting very rapidly, but after that ends there’s nothing. Pieces of movie start to fall out like a bad hamburger.

This is editor Kelley Dixon’s first feature with the editor credit after cutting together several episodes of Breaking Bad and Better Call Saul, and I have a hard time pinning this on her. It’s much more likely that the calls that make The Goldfinch so difficult to watch were made by director John Crowley.

Looking back through their recent filmographies, The Goldfinch looks a lot like the combined handiwork of Crowley, known for directing the utterly boring Brooklyn in 2015, and writer Peter Straughan, who’s most recent credit was the similarly meandering and seemingly plotless The Snowman, issues that were mostly pinned on production troubles.

Fegley is great. He holds the screen for long stretches, even with little to do. I can’t wait to see him in a movie that puts him to real work.

There’s a great deal to enjoy about The Goldfinch – Roger Deakins’ immaculate cinematography gives it that crisp Deakins look and feel, and Fegley is wonderful. The teenager delivers a rich performance that quietly captures the anger of his situation, but also the comfort of his blossoming friendships. His extended stretch in mostly empty Las Vegas developments doping up with young Boris Pavlikovsky (Finn Wolfhard and Aneurin Barnard), an area “being reclaimed by both the desert and the banks” that reflects the endless wastes in front of both characters, is certainly the film’s most enjoyable, even if nothing really happens. Generally speaking, it’s nice to see a movie that isn’t a major blockbuster be this indulgent.

But by the time the plot really gets going, a span in which I could have watched an entire other movie, I just don’t care anymore.

The Goldfinch opened at no. 8 last weekend with just $2.7 million despite releasing in 2,542 theaters, the sixth worst opening ever for a release of that size. Three of the movies ahead of it were playing in fewer theaters, and the no. 9 film, The Peanut Butter Falcon, pulled in $1.8 million playing in only 1,490 theaters. It’s an absolute calamity for a film that was being counted on as a prestige entry and is now exceedingly unlikely to make even $45 million budget back.

Warner Bros. won’t dwell long on this loss, though – reigning blockbuster It: Chapter Two is also their property, and as far as prestige goes, their next release, Joker, will bring the Golden Lion, Toronto’s top prize, with it into theaters Oct. 4.