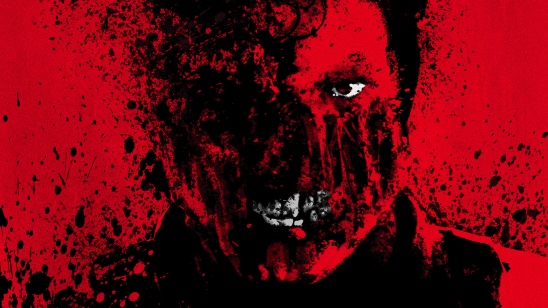 5/10 Overlord is a quiet little action/horror movie about Nazi zombies that passed through theaters without much notice, failing spectacularly to stronger intellectual properties like Dr. Seuss and Harry Potter.

Overlord follows Private Ed Boyce (Jovan Adepo) and demolitions expert Corporal Ford (Wyatt Russell), two members of a paratrooper squad sent to destroy a German radio tower in an old church to prepare for the D-Day invasion. When they get there, Boyce discovers gruesome Nazi experiments on the French locals surrounding the apparent distillation of a zombie serum.

Overlord feels like an experiment. Smash zombies into a World War II movie, and see what happens. The problem is those genres don’t really integrate, and you end up with a movie that feels cut in two – on the one hand is a decent, small-scale D-Day movie, and on the other you’ve got shenanigans with Nazi zombies in the basement. For most of the runtime, it feels like one of these movies must pause for the other to start.

Adding to this, despite the WWII stuff and zombie stuff feeling like they belong in completely different stories, Overlord’s other major weakness is the addition of zombies doesn’t change the story at all. Ford and Boyce arrive in the nondescript French village with four hours to destroy the church, but once Boyce discovers the zombie experiments in the church’s basement, they instead want to destroy the church even more, I guess?

The lack of conflict is underscored by the clash before the final act, when Ford and Boyce disagree vehemently over how to go about destroying the church. It’s a huge moment for Boyce, who’s character arc has been toward learning to stand up for himself. 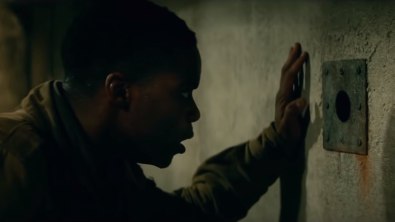 Why would you bring someone who’s literally gun shy on the D-Day invasion? Boyce describes being drafted, which I guess is a valid excuse, but you need to be a competent soldier by the time you’re jumping out of a plane over France.

Boyce is arguing that the discovery of this atrocity supersedes their mission and they need to destroy the church basement-first. Ford is arguing that nothing is more important than the mission, and they need to destroy the church the most efficient way possible, which ends up being basement-first anyway. They came in with a target and a time limit, and the twist of their being zombies present on the mission didn’t change that target or time limit in any way, or even raise the stakes – opposition doesn’t get much more dangerous than a full regiment of Nazis in a fortified position, and is it really possible to quantifiably add to the human rights violations of actual Nazis?

The genres’ coexistence is neither harmonious or in real opposition, and the result is a movie that feels poorly thought out.

That’s about as big a nitpick as you could have, but it is still a nitpick. Overlord remains a sound movie, with clear show-don’t-tell storytelling and strong character development through action and opposition, even if it’s weird for a character with Boyce’s shortcomings to be in the position that he’s in at the film’s start.

Special effects are also a strong suit. The $38 million movie keeps everything in front of the camera, using make-up, prosthetics and strategic lighting to create its horror, along with some decently timed jump-scares.

In the aftermath of Netflix’s Superbowl stunt with The Cloverfield Paradox, Overlord was pegged as another Cloverfield movie, talk that quickly quieted when Paradox was a spectacular failure with critics and audiences alike. It would have been well within Bad Robot’s MO – take science-fiction/horror movie lacking in marketing points and slap the Cloverfield brand name on it, a movie for which audiences were screaming for a sequel just two short years ago.

This model has been widely criticized as manipulative – viewers today expect sequels to be built from the ground up as sequels, not retrofitted as such – but from a studio perspective, it theoretically allows J.J. Abrams and Bad Robot to give mid-budget movies lacking name-brand talent a fighting shot against stronger intellectual properties. Overlord has failed at the box office despite a modest budget and good word of mouth, with some outlets explicitly saying the movie should have steered into a Cloverfield connection.

The top nine movies of 2018 are sequels. No original property has made as much as $200 million domestically, though A Star is Born will probably crawl passed that mark over the course of December.