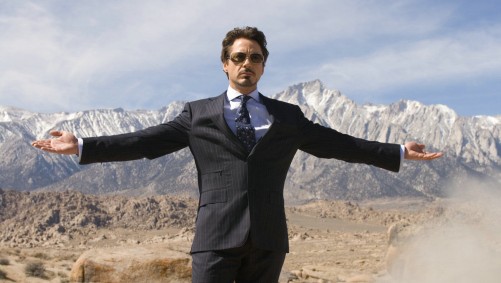 Wow, the first Iron Man. It’s been a while.

Ten years ago, almost to the exact weekend — we’ll get to that — Marvel Studios released its first hotly anticipated blockbuster, Iron Man.

I generally go back to the first X-Men and Spider-Man movies at the turn of the century as the proofs-of-concept for comic book movies, but even as recently as 2008, there was some uncertainty about their long-term viability. This was mostly because critical — but not commercial — duds in X-Men: The Last Stand and Spider-Man 3 were still the most recent memories, but there were also concerns that less prominent characters wouldn’t be as big of a draw. Batman and Superman movies had been making money hand over fist going back decades, and Spider-Man and X-Men were only a tier below them in broad popularity.

Even a character as popular as Hulk had produced a historic bomb in 2003 — opening at $62.3 million, which at the time was the 16th best opening ever, abysmal word-of-mouth meant it would only go on to $132.2 million domestic and $245.4 worldwide, which was nowhere near enough to justify its $137 million budget. Its second weekend dropoff of $43.3 million was one of the biggest ever at the time.

Then Iron Man came along and put all that to bed. A second-tier property backed by a truculent, Black Sabboth-based ad campaign produced a $98.6 million opening, but all anyone could talk about was the scene at the end of the credits-

The only thing American audiences wanted more than superhero movies was more superhero movies, and Marvel had a plan to give it to them. No one doubted the commercial viability of a comic book movie ever again. Warner Bros. followed with its culture-shaking epic The Dark Knight a few months later.

There’s a lot that we can still learn from the first Iron Man, but I think it serves best as an example of how to do an improv movie correctly. The dominant improv format now is to collect a bunch of Saturday Night Live alumns, point a camera at them and hope it works. This style of comedy movie is easily identified by its boring, flat camerawork, necessitated by the fact that the director has no idea what’s going to happen before they start rolling, creating uniformly dull visuals that are often more damaging to the movie’s entertainment value than the barrage of fart jokes as underprepared comedians scramble to create a scene out of nothing.

Iron Man was improvised, but the difference is that it wasn’t improvised on the spot. Star Robert Downey Jr. and director Jon Favreau took enough time, often the night beforehand, to hammer scenes out and plan the blocking so that it still looked like a movie.

This wasn’t by plan, but by necessity. Marvel had a script, but they’d spent so little time on it that production started before they were really happy with it, and Downey wanted to go a completely different direction. Co-star Jeff Bridges is on record as believing that the movie only works because Downey and Favreau’s improvisation skills were so keen. 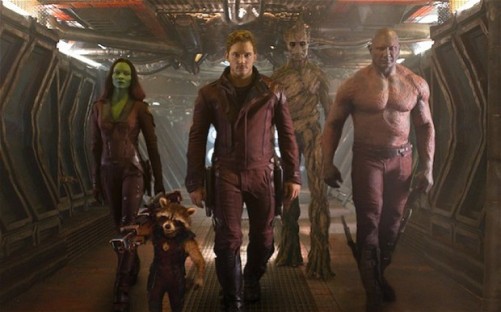 It seems kind of obvious, given how much easier it is to watch a movie than read dozens of magazines and how “nerd culture” had formed as its own barrier of entry into comic book fandom, but movie popularity drives comic book popularity, not the other way around. Comic book movies have consistently driven spikes in comic book sales, and now Guardians of the Galaxy and Black Panther, barely heard-of properties just a few years ago, are some of Marvel’s most popular characters.

Whether or not Downey really is the only reason Iron Man worked, and by extension the only reason the entire Avengers series has worked, he thinks he is, and he gets paid like he is. His rumored salaries of $40 million per appearance and eventual $200 million just to do Civil War and Infinity War have made him the highest paid actor in the world for several years on and off, with his salary more than likely constituting several movies’ entire budgets.

Rumors abound about which characters will die in Infinity War — which, come on guys, this is a comic book franchise, nobody’s actually going to die — and Downey’s Tony Stark is almost always at the top of the list. That’s a big reason why.

Stark remains by far the series’ most interesting character, and he continues to stand out in crossover movies. In Iron Man, he grapples with the complex ethics implicit in being an arms dealer, something he continues to do over the course of the series with newer wrinkles involved. What’s the point of disarmament or limiting the spread of a weapon when other manufacturers are working toward the same technology, which other dealers will sell indiscriminately anyway, as in Iron Man 2? What happens when a new, unforeseen threat needs to be dealt with, as in The Avengers? After a brief detour exploring Stark’s alcoholism and post-traumatic stress in Iron Man 3, what happens when a weapon has a consciousness, as in The Avengers: Age of Ultron?

In Captain America: Civil War, he’s faced with a much more far out question — what even is a weapon? He begins to view his allies, exceptional individuals gathered to protect the world, as potential threats to it and ends up throwing half of them in international prison. Any one of these stories has several parallels in real-life negotiations. 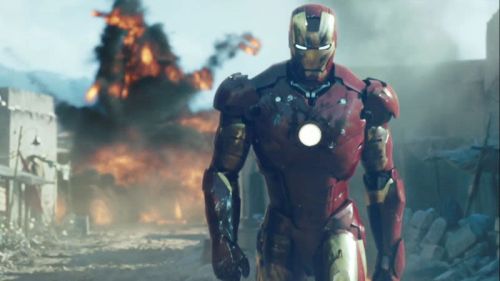 Iron Man, in turn, remains arguably the series’ best film. A lot of people like Captain America: The Winter Soldier, but I thought it was just OK. The Avengers deserves some mention, as does Guardians of the Galaxy and the criminally underrated Incredible Hulk. But certainly none of the other Phase 1 origin stories can beat Iron Man on its own terms.

After Phase II brought a string of hit-or-miss sequels that generally aren’t well-remembered, it started to become obvious that Marvel wasn’t going to top its first offering. Ant-Man, Doctor Strange and to a much lesser extent Black Panther all sequentially hit similar beats, feeling formulaic while doing the exact same things that made Iron Man feel so inspired.

And then there’s the general entropy in the quality of its special effects — Black Panther was a particularly nasty offender here, with some awful green screen errors and its lead character’s intricately textured costume looking more like a bondage suit in scenes where it had to be recreated with CGI.

The devil’s in the details, particularly with movies, and Iron Man was all about the details-

Even its release date, the first weekend in May, has remained as Marvel’s calling card. Going all the way back to 2008, a 10 year span, almost every single May has started with a new Marvel movie at the top of the box office for at least two weeks. It’s when both other Iron Man movies released, its when both Avengers movies and Civil War released and it’s when Thor and Guardians of the Galaxy Vol. 2 released.

The only two exceptions aren’t really exceptions — in 2009, the weekend crown went to X-Men Origins: Wolverine and in 2014 it went to The Amazing Spider-Man 2, which are both still based on Marvel characters, they’ve just had their movie rights retained by different studios. So, for 10 years running, there’s been a brand new superhero movie releasing the first weekend in May.

The Avengers: Infinity War, initially scheduled for next week, was bumped to an April 27 release at the last moment in order to give more room to Solo: A Star Wars Story, another anticipated property owned by Disney. It caused a few waves in the release schedule, but since there were already dead weekends before Infinity War and over Easter and since New Mutants had already vacated its April 13 slot, it ended up not being a big deal.

There’s something wrong about the biggest movie of the summer coming out April 27. And it’s not that I like the typical movie rotation — the reasoning behind dump months has been antiquated for 20 years, and I hate that nothing good ever comes out in January or August.

But it’s tangible now. There’s been a real, measurable consequence. There are so many $100 to $200 million blockbusters now that there literally aren’t enough days in the year, aren’t enough years on the calendar, to afford them all the time they need in theaters. And that market is crashing and there’s a lot that’s been written about that, so I know it won’t last forever.

But even with all this money, with this high of a profile, with the entire industry having formed around superhero movies, it really bothers me that none of them have been as good as the first Iron Man. 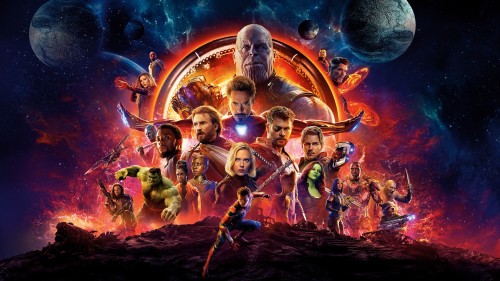