‘Black Panther’ is another Marvel movie

Yeah, I know, Blade came first, but this is different! This is Marvel Studios! This is the machine! Blade isn’t really a full-blooded superhero, he’s a vampire hunter — back then, a vampire hunter movie was a much easier sell then a costumed vigilante would have been. Wesley Snipes didn’t even want to play Blade.

He wanted to play Black Panther.

After more than 20 years of development, after Marvel nearly bankrupted itself establishing this movie series, no — with full respect  to Blade, it is Black Panther that is the first minted and stamped, unapologetically African-American superhero movie.

The time has finally come and it’s another Marvel movie.

In the heart of Africa, the wealthiest country in the world, described as El Dorado in the film, possessed of revolutionary technology that it has kept from the rest of the planet, lies hidden. King T’Challa of Wakanda (Chadwick Boseman) is his nation’s ruler, but also its guardian — the Black Panther, favored by the panther god Bast with preternatural hunting abilities. Following his formal coronation after his father T’Chaka’s (John Kani) death in Captain America: Civil War, T’Challa is granted a rare opportunity to hunt down Ulysses Klaue (Andy Serkis), the only man to have seen Wakanda’s riches and live to tell about it. He killed dozens in his escape almost 30 years prior.

After the hunt goes bad, T’Challa is challenged for the throne by Eric “Killmonger” Stevens (Michael B. Jordan), an accomplished American special services operative who reveals himself to be his long-lost cousin, N’Jadaka.

The chief problem with Black Panther is, like Thor: Ragnarok and Doctor Strange, it looks like a B movie. It just doesn’t feel like your watching a $200 million event film. The costumes and sets, when there are real sets, are wonderful, but the greenscreen is flat, ugly and frequent.

T’Challa’s panther suit is so fucking cool. It’s black and silver and it glows purple when it absorbs kinetic energy, it’s just great.

T’Challa’s fighting style is acrobatic and extravagant, enough that you can tell out of the corner of your eye — which you have to, because the camera’s rarely actually on him when he’s fighting. It’s a dizzying step down for writer/director Ryan Coogler coming off 2015’s Creed, but par for the course for the MCU — which reinforces my suspicious that cutting action sequences absolutely to death is part of their mandated style and someone at the top of the organization honestly thinks that’s how stunts should be shot.

Black Panther’s primary redeeming quality, its story, is evocative but feels like it needed another draft’s worth of refinement. It’s punctuated by its best scenes, three vision sequences as characters receive Bast’s blessing. It would be nice to see them closer to the movie’s technical beginning, middle and end in runtime and to have the rest of the plot more strictly structured around them.

The movie awkwardly misuses many of its characters. Everett K. Ross (Martin Freeman), for instance, is purpose built as a point-of-view protagonist to ground the story of T’Challa and Wakanda, and he falls into that role for about half an hour there, but he’s introduced as a plot driver and then given this starfighter sequence in the climax that doesn’t really add anything.

By far the film’s best performance, from Serkis as Klaue, is wasted, as he dies early and takes his intriguing plotline with him.

The defacto main character is N’Jadaka, which is unsurprising given Coogler’s love for Jordan as an actor. N’Jadaka wants to end Wakanda’s reclusion and arm black revolutionary groups around the globe, avenging the Atlantic Slave Trade with insurrections and establishing a new world order with black people in the positions of wealth and power. “The sun will never set on the Wakandan Empire,” he says, making his metaphors abundantly clear. 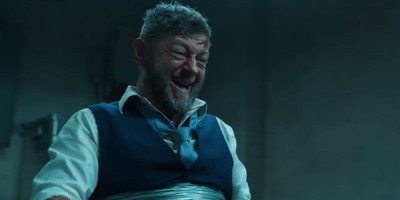 Where N’Jadaka supported introducing Wakanda on the world stage in clearly the wrong way and doesn’t leave T’Challa much choice other than to oppose him by any means necessary, Klaue puts T’Challa in a much trickier position. Had he survived, T’Challa would eventually be forced to choose between his desire to bring him to justice and his desire to keep Wakanda hidden from the world. Forcing him to make these decisions would have developed T’Challa into more of his own character, and helped contrast him better with N’Jadaka down the line.

The problem is N’Jadaka’s retaliatory imperialism is set against, well, nothing. Wakanda’s historic isolationism is frequently mentioned, but T’Challa never really takes a hard stance on it, and he ends up abandoning it in the end. N’Jadaka is clearly the bad guy because he kills a lot of people and nobody likes him, but you wouldn’t know that if not intuitively. Black Panther is less the story of T’Challa heroically saving Wakanda and more the story of N’Jadaka tragically failing to save the world, in his own ultra-violent way.

With its poignant plots about foreign policy both stillborn, we’re left with essentially the same Marvel movie we’ve been watching for 10 years now, just with different window dressing. Going back through the articles hyping this movie and my own excitement for it, it looks like that window dressing was what most of the excitement was for anyway.

Black Panther imagines an Africa untouched by colonialism, one that is very, very angry about the way its people have been treated. That’s a tense notion, the entire world suddenly facing a reckoning for hundreds of years of oppression with a technologically advanced superpower we didn’t know existed, forced to deal with sins we tried desperately to paint over. While it doesn’t really come to fruition in the plot, it’s present in Wakanda’s history and culture and woven into the film’s design.

I just wish it were in the service of a movie that was actually good beyond that.

2 Responses to ‘Black Panther’ is another Marvel movie