4/10 The Disaster Artist awkwardly begins with a bunch of director/star James Franco’s friends talking about how much they love The Room. Parks and Recreation star Adam Scott notes that even though The Room is an awful film, it’s widely remembered, and no one talks about whatever movie won the Oscar that year.

The 2003 Best Picture winner was Lord of the Rings: Return of the King, which tied Ben-Hur and Titanic for the most Oscars won with 11, sired a steady stream of media that continues to this day and single-handedly brought high fantasy back as a genre.

Scott is making a generally plausible point — the Best Picture winners on either side of that are Chicago and Million Dollar Baby, two excellent titles you probably haven’t thought about in a long time now — but with the worst possible example because he’s not thinking. It’s a fantastic opening for a movie that spends the next two hours doing pretty much exactly that — plastering a generic story about big Hollywood dreams you’ve probably heard a thousand times over a unique and much more interesting specific example.

In 1998 San Francisco, Greg Sestero (Dave Franco) is an aspiring actor who can’t get over his nerves. At an improv session, he meets Tommy Wiseau (James Franco), an older European man with a mysterious bottomless bank account who insists he’s in his 20s and from New Orleans. The two move to Los Angeles to chase their Hollywood dreams, but are rejected at every turn. Eventually, Wiseau decides to fund his own project, which goes on to become one of the most spectacularly bad movies ever made, The Room.

The Disaster Artist has ironically turned into an Oscar frontrunner, and doubly ironically, it’s pretty forgettable. They go way overboard with the handheld camerawork to try and get that “indie” feel, which always drives me up a wall. The performances are mostly unremarkable. It’s pretty damning that the only parts of this movie that stand out are when they’re recreating The Room.

What really tears me apart about The Disaster Artist is how generic it is. Instead of telling the behind-the-scenes story of The Room, it tells a safe, simplified story about what could have been pretty much any movie production, and that’s a huge problem. 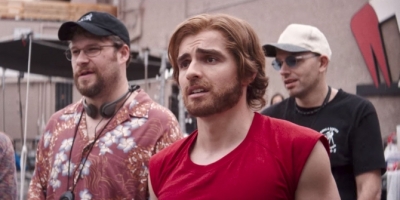 The film chooses to use Sestero, who wrote the book on which it is based, as kind of an entry point and an audience perspective guy, but we don’t really get his perspective. He’s sort of vaguely confused about what goes on during the course of the movie and never really has a clear motivation or point in his personal arc toward becoming an actor.

A big part of the issue is the way the marketing was handled, which is actually one of the more interesting parts of the movie. The Disaster Artist is a Warner Bros. project, but they sold the American distribution rights to A24. A24 has quickly become the last word in small film marketing, and they worked their magic here with an advertising scheme that zeroed in on The Room’s cult following.

The problem is they’re deliberately — and expertly — cultivating an audience that either already knows a lot about The Room or is encouraged to learn by this media blitz, and then sending them into a movie that doesn’t reward that knowledge at all. It’s really not accurate to Greg Sestero’s book at all, and a lot of the changes seem to be to soften edges and reign in a story that was supposed to be really out there.

Really, it’s just another Seth Rogen/Evan Goldberg/James Franco collaboration, and not one of their better ones. The trio — really just Rogen, he’s clearly the straw that stirs the drink — are known for stoner comedies like Pineapple Express and The Interview, and I can never shake the feeling I’d rather be watching one of those instead.