‘Kingsman’ is a cacophony 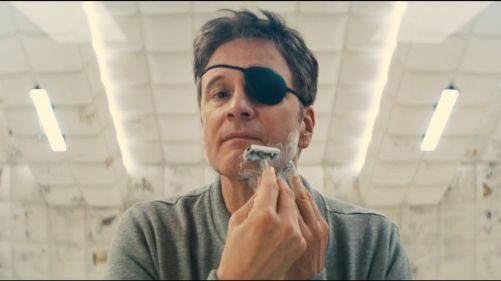 While most movies show off their plot details and hide spoilers, the advertisement campaign for Kingsman: The Golden Circle shared almost no plot details, instead actively focusing on which characters die and which come back to life. Images courtesy 20th Century Fox.

Kingsman: The Golden Circle feels like it was based on the make-believe session of a 5-year-old who watched too many Brosnan-era James Bond movies. It starts with the international spy organization, the Kingsman, being wiped out by international drug kingpin Poppy Adams (Julianne Moore) with the help of a detachable remote-controlled bionic arm. Surviving Kingsmen Eggsy Unwin (Taron Edgerton) and Merlin (Mark Strong) discover a sister organization in the U.S., the Statesman, full of agents code-named after alcoholic beverages. The previous film’s agent Galahad, Harry Hart (Colin Firth) is still alive and pursuing his passion of lepidoptery, there’s a vagina-based tracking device and before you know it, Sir Elton John (himself) is fighting robot dogs.

This is director Matthew Vaughn’s fourth time adapting a comic by Mark Millar in just six years. It started with 2011’s Kick-Ass, which is still one of my favorite movies. It’s an extremely dark and grounded superhero parody that still managed to be as silly and irreverent as you could want.

I guess Vaughn thought we didn’t get the point, because two years later came Kick-Ass 2, which dropped any bearing it could possibly have had on reality in favor of more and more cartoonish violence. It yelled more loudly, but had almost nothing left to say. Then in 2015 came the first Kingsman movie, a parody of the older, ridiculous James Bond movies but one that also took swipes at the newer, more realistic ones. 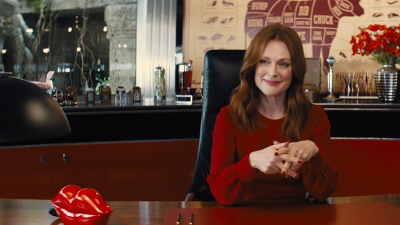 Poppy sets the plot in motion by exterminating the Kingsman. Why? Why does she do anything that she does? Some basic character motivation would be nice.

And now comes the schizophrenic Kingsman: The Golden Circle, a movie so satirical it’s almost impossible to tell what it’s a satire of. Every scene is an ancient spy/superhero movie cliche played to be absolutely as cheesy as Vaughn could make it, yet still meant to be earnest. If the point is to explore how ridiculous those movies are by exaggerating their standby story devices, The Golden Circle is obsessed with story devices that movies had already moved on from long, long ago.

It’s so hard for me to think that this is the same guy who’s directorial debut was 2004’s ultra-sharp Layer Cake, another personal favorite.

I get why people like the Kingsman movies, I really do. They’re colorful, sometimes they’re funny and they’re never, ever boring. The Golden Circle features even more of the unique action scenes, and this time the camera movement and framerate adjustments are even jerkier and even harder to follow. It isn’t good — some praise it as the answer to the shaky-cam fad, but it’s more or less the same. It can be incredibly stimulating, but in the same way that a cat finds a laser pointer stimulating. Since nothing on screen has any consequences — two people are brought back from the dead after being shot in the face, for Pete’s sake — it’s never really exciting.

Take Unwin’s backflipping, for example. Backflips are a real thing that some people can do, and Unwin hops around like a rabid rabbit on an acid binge during his fight scenes, but it never feels like he’s really doing them. He backflips away from deadly blows, he backflips out of the line of bullets, at one point he even backflips through Whiskey’s lightsaber-lasso. It might be impressive — if it looked remotely like he was actually doing it. Kingsman: The Golden Circle is two hours and 20 minutes filled wall-to-wall with stunts like that — stunts that might have been impressive if it looked like they were performed.

The Statesman take their codenames from forms of alcohol. The idea is that drinking is the most American thing they could think of, but they’re not named after American drinks. Champagne is so French that if it’s not made in France it isn’t technically considered champagne, and tequila has a long history in South and Central America. Whiskey is the only code name that’s actually identified with the U.S.

This isn’t an overexaggeration, this isn’t a “calm down Knopp, it’s just a movie” moment — every movie builds its own world with its own rules and its own morality. They all have their own messages on race and gender and right and wrong — The Golden Circle, as an example, focuses heavily on loyalty as the key factor distinguishing good characters from evil. It also reinforces thought processes that we know lead to violence against women.

And then Elton John is fighting the robot dogs. Honestly, that sums the whole thing up.