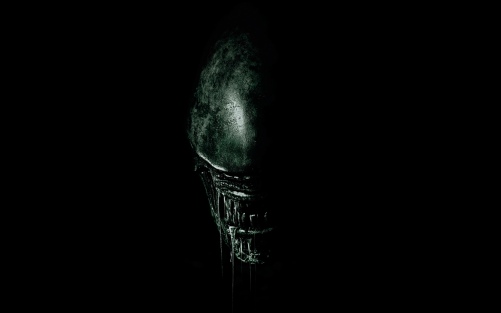 New offering Alien: Covenant slightly underperformed and week-three holdover Guardians of the Galaxy Vol. 2 had another strong showing, to the end that Covenant earned the weekend’s top spot by just a $1.5 million margin. Teenage romance adaptation Everything, Everything was the only other movie to earn more than $10 million- Box Office Mojo

How H.R. Giger’s vivid creature has remained the pinnacle of movie monster design for going on 40 years- The Hollywood Reporter

Director Zack Snyder has stepped away from Justice League to heal with his family after his daughter, Autumn, killed herself in March. She was 20. Joss Whedon, director of the much more popular Avengers movies that Justice League was going to try to emulate anyway, has assumed his post-production duties. The film is still on schedule for a Nov. 17 release- The Hollywood Reporter

This news came a week after rampant rumors that the film was being extensively reshot and had been essentially taken apart and put back together twice already, news that did not allay fan fears about the film after DC’s most recent offering, Suicide Squad, made ‘reshoots’ a bit of a four-letter word. Wonder Woman producer Charles Roven has denied the rumors- Collider

Roger Moore, who took over as James Bond for Sean Connery and played the role for seven movies, died of cancer yesterday. He was 89- BBC

In other Bond news, MGM and 20th Century Fox are being sued over their 50th anniversary box set, which does not include 1967’s Casino Royale or 1983’s Never Say Never Again- The Hollywood Reporter

A documentary and two biopics — one for theaters, one made for TV — are in the works for disgraced Fox executive Roger Ailes, who died just last week- Variety

Last week featured a flurry of news out of the ongoing 70th Cannes Film Festival. Superstar Will Smith is attending for the first time ever — as a jury member in the main competition, no less, alongside Jessica Chastain. Another first-time attendee is Netflix, premiering two original films, Okja and The Meyerowitz Stories, in the prestigious competition- Variety

In what has turned into an upper-echelon battle for the soul of film, the director of France’s National Cinema Center, Christophe Tardieu, said that Netflix represents America’s cultural imperialism- Indiewire

But in many ways, Netflix is the savior of the mid-budget film- Quartz

Okja was booed at its premiere- The Verge

On the other hand, Adam Sandler starrer The Meyerowitz Stories was well-received- The Independent

25 years after one of his most iconic films, Unforgiven, Clint Eastwood spoke on his long film career to a packed audience at the festival Sunday- Variety

As her remake of the 1971 Eastwood movie The Beguiled premieres across the festival, director Sofia Coppola discusses her new movie- The Hollywood Reporter

Tired of being iced out of the film scene, many women are turning to television- The Los Angeles Times

In memorandum for the VHS- Leonard Maltin

Despite an effort by Los Angeles to lure films back to where they started, most big-budget productions continue to be produced elsewhere- Reuters

Here’s someone else’s look back at Prometheus, making the argument that it actually was good and you just didn’t get it because of all the mythology references that you totally got the first time- The Atlantic

And finally, Hugh Jackman and James Mangold open up on the moment that got to them in Logan- The Hollywood Reporter