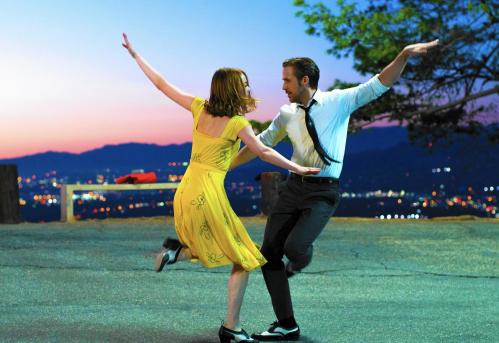 As La La Land danced through theaters the past few months to the tune of $137.5 million domestic, a record-tying 14 Academy Award nominations and a Best Picture victory that’s been presumed to be in the bag for months now, it’s also picked up a few serious accusations. Some say it’s white-washing black erasure. Some say it’s fascist propaganda.

The claims are rooted, basically, in the ideas of Seb Wilder (Ryan Gosling) being a white savior for jazz, a traditionally black style, and that the movie’s romanticizing of ’50s Hollywood without acknowledging how tough that time was for minorities echoes the Trump campaign’s “Make America Great Again” slogan, which was usually taken to refer to the  1950s as the time in which America was great and ignore that the country has never been all that great for minorities. The use of such extreme political language may also find its roots in last year’s election, which trained many to take their arguments to extremes right off the bat.

The call of white-washing relies on a fundamental misunderstanding of the movie. Wilder starts as a jazz snob who wants to preserve classic songs and historic clubs, but this alienates him from the local jazz industry and he ends up not playing jazz at all. Complaints toward the film say the final nail in the white-washing coffin is Keith (John Legend), the movie’s most prominent black character who hires Wilder to tour with his band, being portrayed as wrong-headed and antagonistic, but that’s completely wrong. Keith offers Wilder a job, but also chastises him, and Wilder’s career only progresses when he moves more toward Keith’s viewpoint.

As for claims that it’s fascist propaganda — jeez, really? Fascist propaganda? — they’re actually harder to argue against because the accusations are so half-formed. Every movie espouses a morality, to one degree or another, and there are plenty that are in line with fascism, but they look nothing like La La Land. A great fairly recent example would be 2007’s 300, which glorifies the military and dying for one’s top-down authoritarian country and demonizes foreigners. Propagandist films, in the context of mass-distributed movies, typically show a desired thought process or mentality — the accusation here is that La La Land shows the mentality of ’50s-era Hollywood being wonderful and devoid of people of color.

This is ignoring not only the people of color that are everywhere in La La Land, but also the movie’s central message — that a person’s love life and professional life will always be at odds and there’s nothing anyone can do about it. The movie is shiny on the surface, but harbors a caustic cynicism that dashes any exclusively positive reading of its events or the environment in which they take place. If you walk out of this wanting to run away to Hollywood, you’ve missed the whole point of the movie — granted, a lot of people have.

All of this is, of course, ignoring 2016’s actual best picture, Arrival. How Amy Adams wasn’t even nominated I will never understand. Image courtesy Paramount Pictures.

The emphasis on sacrificing love for career could conceivably dovetail into the fascist theme, but I don’t know too many fascist dictators who are concerned about their subjects’ happiness and job satisfaction.

Journalists always need to stick up for the oppressed, and in movie reporting, that means sticking up for the underrepresented members of our society. In the wake of #oscarssowhite last year, there’s an undercurrent of thought to give the Best Picture award to Moonlight for mostly political reasons, and I really think this media campaign against La La Land is part of that push.

But dumping awards on a primarily black movie and not addressing the underlying representation issues doesn’t work. We’ve actually seen exactly this before in 2014, when 12 Years a Slave took the gold. For the next two years, not a single minority actor was nominated for a best acting award, leading to the current climate. That was just three years ago!

The Academy needs to take active steps to change its makeup and better reflect the industry’s racial diversity, and it has. Just days after last year’s controversial awards show, they overhauled membership requirements with the express intent of increasing minority and women academy members. Time will tell if that’s enough.

We don’t need smear campaigns against diversity lacking movies — particularly ones that ignore or undermine the diversity a movie does have.

1 Response to On La La Land and fascist propaganda