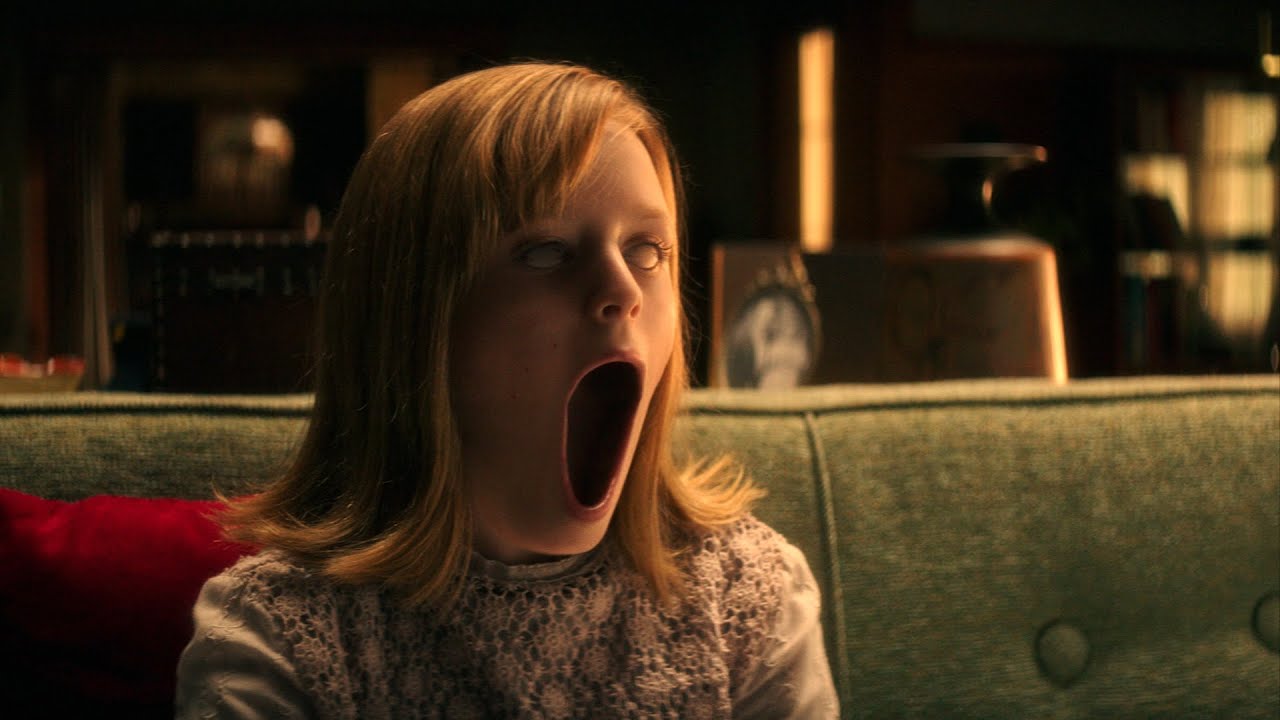 Another striking thing about Ouija: Origin of Evil is its almost complete lack of a score. Nondiagetic sound is what most jump scare movies use to telegraph their scares, but this movie maintains the same eerie silence from start to finish. Images courtesy Universal Pictures.

Ever since The Conjuring blew the lid off the horror genre by opening to $41 million in July 2013, studios have been devoting most of their scary movie resources into Blockbuster season. October, traditionally horror’s time to shine, has become something of a middle ground between early Oscar season and a dump months for processed horror sequels that weren’t good enough for a prime spot. With the options clearly being bottom of the barrel and so much out-of-theater competition for spooky entertainment, scary movies have seen a sharp decline in quality and audience satisfaction in recent years.

This is the climate Ouija: Origin of Evil is born into. The original movie released in October 2014 was hated by critics and audiences alike, but it turned its $5 million budget into quite a bit of money. Dollar signs speak much louder than critic scores, so another sequel nobody wanted to a movie nobody liked was in order.

But Ouija: Origin of Evil has one key difference from the standard October faire: it’s actually really, really good.

Origin of Evil serves as a prequel to Ouija. It opens on the Zander family, mother Alice (Elizabeth Reaser) and daughters Lina (Annalise Basso) and Doris (Lulu Wilson), who will become the ghosts of the first movie. The family patriarch was recently killed by a drunk driver, and with poorly staged seances their only source of income, foreclosure is imminent. Alice buys a Ouija board to incorporate into their act, and Doris demonstrates an aptitude with it. Their money troubles are solved and things are fine for a time, but the situation turns south when the family realizes the spirits Doris is channeling aren’t who they say they are. 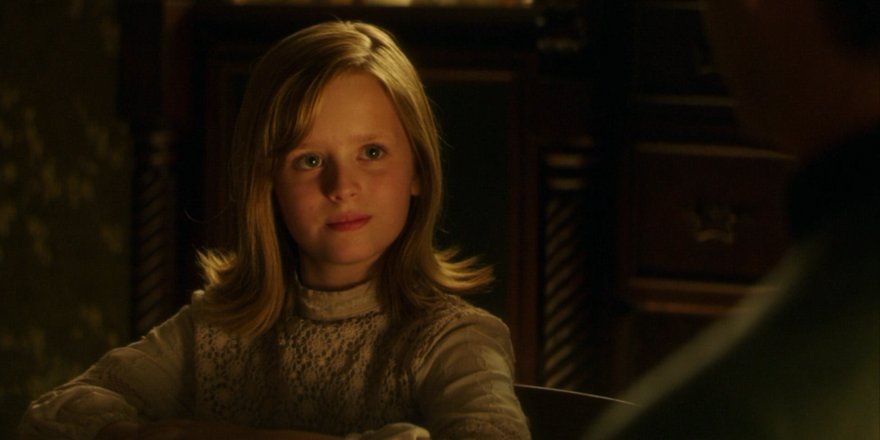 While this film is primarily an accomplishment of direction and editing, it wouldn’t be the same without the sterling performance from the young Lulu Wilson.

This movie is so good! Despite its corporate roots and derivative nature, Ouija: Origin of Evil is an inspired, creative haunted house movie that will thrill casual filmgoers and enchant seasoned horror fans.

This movie simply does everything right. The creature design is tasteful, cleverly applied and hair-raising. They key, though, is the jump scares, which are plenty and delightful. This movie doesn’t telegraph its jump scares at all. This movie has scary monsters that stay on screen for more than a split second after the initial jump. This movie has meticulously composed images that draw a viewer’s eye to one part of the frame, then has a jump come from another.

Most movies that center around startling the audience are annoying, but this one is exhilarating. This is a fun movie to watch. It keeps you guessing, and it’s exciting to wonder what it’s got in store next.

Between the superb scares, frequent one-shots and nods to The Exorcist an Poltergeist, it’s obvious someone put a ton of love into Ouija: Origin of Evil, and his name is first in the credits. Writer/director/editor Mike Flanagan, along with co-writer Jeff Howard, are the minds behind Occulus, one of our favorite horror movies in recent memory. They’ve worked their way up with that and another indie standout, Absentia, and clearly caught they eyes of studio heads. Blumhouse Productions, the horror trendsetters behind Paranormal Acitvity, have either picked up or backed three of his last four projects, including Occulus and Origin of Evil. Between Flanagan and David F. Sandberg, who directed early-July nail-biter Lights Out after an acclaimed short of the same name, Blumhouse seems to be following through on its promise to nurture horror innovators. Flanagan’s next project is Stephen King adaptation Gerald’s Game, and Sandberg has been given the reigns to Annabelle 2 as well as a sequel to his original work. All three films are set for release next year.

In a sadly ironic twist, despite deserved critical adulation, Ouija: Origin of Evil is getting the same testy audience reception as its far inferior predecessor. It opened to just $14 million last weekend behind Boo! A Madea Halloween and Jack Reacher: Never Go Back — not exactly a prime spot in the first place — and its C Cinemascore says it should drop off sharply in the coming weeks. On a $9 million budget, the studio should be fine with just that, but it’s sad to see such unexpected hard work go mostly unnoticed.

Ouija: Origin of Evil is so conventional and so good it serves as a referendum on the entire film industry. Yes, you can churn out an endless tide of remakes and sequels to poorly received schlock aimed at popcorn chugging clowns who don’t know the difference, but that doesn’t mean it needs to be bad! That doesn’t mean you need to hire Brett Ratner or Jon M. Chu to do your corporate bidding with absolute minimum check-the-box movies!

Creativity and originality and innovation can exist and thrive even in this environment, and Ouija: Origin of Evil is a testament to that.