Snowden is an actual good movie 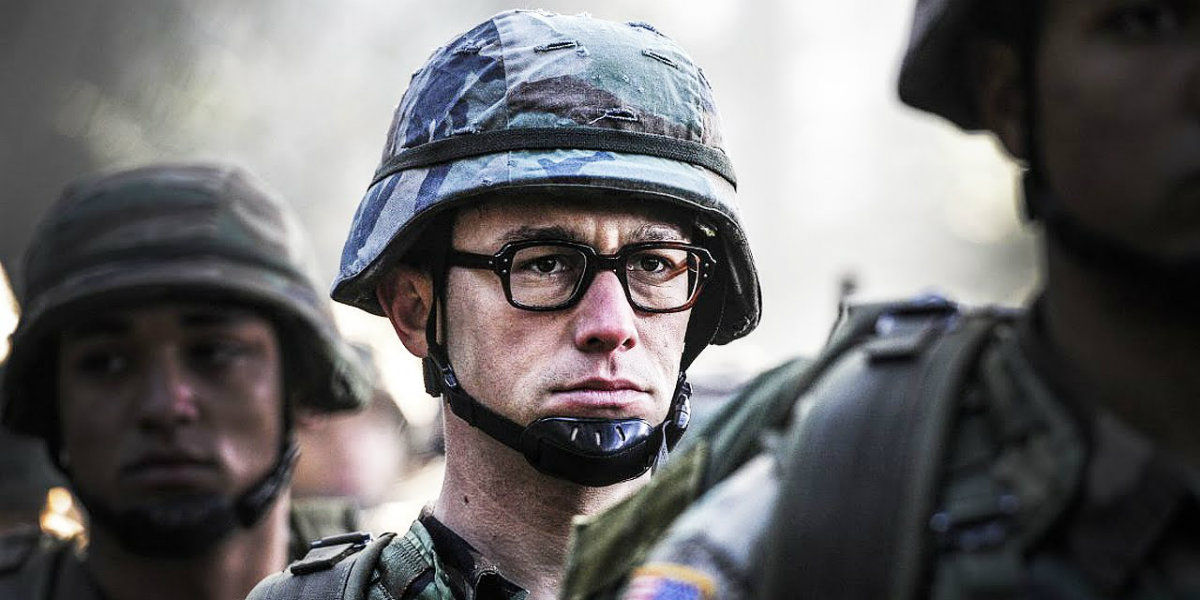 Gordon-Levitt is wonderful, obviously, but this feels kind of like a waste of his time. It’s not in any way a demanding or creative role, and most of his effort goes into imitating the real-life Snowden’s vocal ticks. An actor of his talent level wasn’t called for here. Photos courtesy Open Road Films.

The film details the past 10 years in the life of CIA whistleblower Edward Snowden (Joseph Gordon-Levitt). It frequently cuts back to the Hong Kong hotel room where Snowden gives interviews to Laura Poitras (Melissa Leo), Glenn Greenwald (Zachary Quinto) and Ewen MacAskill (Tom Wilkinson). The scene is re-created from Poitras’ Academy-Award winning documentary Citizenfour, which stayed with Snowden, Greenwald and MacAskill in real-time as they published a Pulitzer-Prize winning series of stories detailing the National Security Agency’s mass domestic surveillance policies.

As Snowden tells the story, the movie shows his public service career with the CIA, but focuses mostly on his relationship with longtime girlfriend Lindsay Mills (Shailene Woodley). Snowden remains in exile in Moscow and the debate about the information he leaked still rages.

It’s always a bit tacky to make a movie about events that are still ongoing, but if anyone is up to doing it anyway, it’s writer/director Oliver Stone. This is the guy who directed a 9/11 movie that came out in 2006 and a biopic mocking George W. Bush in 2008. Almost his entire filmography is about a major and controversial event in American history.

Speaking of talent level, this is Shailene Woodley’s first performance I didn’t want to punch her in the face during, so it was unique in that way. I actually ended up caring about her character and wanting Mills and Snowden to end up together.

Stone has vocally supported Ron Paul, Bernie Sanders and Julian Assange, so we can imagine what he thinks of Snowden. The biggest fear with this movie was that it would turn into a preachy endorsement of his actions, but it doesn’t. This movie isn’t about America, it’s about Snowden. It’s a deeply personal story about the people and events that shaped his views and why he made the choices he made. It’s really the highest thing a biopic can aspire to — humanizing and giving emotional context to people who affected the entire world, but who very few knew personally.

The film establishes his relationships with Mills and mentors Corbin O’Brian (Rhys Ifans) and Hank Forrester (Nicolas Cage), and then plays out his career. As he climbs higher and higher, he descends deeper and deeper into the NSA’s moral bankruptcy, and his life deteriorates the more he learns.

This mainly expresses itself through his relationship with Mills, but as the movie goes on and his paranoia becomes more acute, Stone begins to masterfully express it through the camerawork. Moments from earlier in the film that seemed at the time like fluff that should have been discarded begin to produce some hauntingly effective payoffs as it builds to a taut, flawlessly shot climax.

I get the impression that Snowden will strongly reward subsequent viewings so take this with a grain of salt, but I really wish the beginning were as strong as the ending. The dialogue is much weaker in the beginning, when it’s trying to establish characters’ current stances quickly. Forrester definitely deserves more screentime, and not just because he’s played by the best actor who ever lived. He and O’Brian have a great dynamic as they quietly compete for Snowden’s soul, but O’Brian gets much more screentime. For his part, Ifans gives a subtle, sterling performance.

Clever, tasteful and well-acted, Snowden left me feeling satisfied and with few complaints. It and Sully represent the first salvo of 2016 Oscar season, with the next big one not until early October’s Birth of a Nation. Snowden is definitely the better of the two.