Sing Street a fun, lively jukebox musical, don’t expect even a little originality with the story 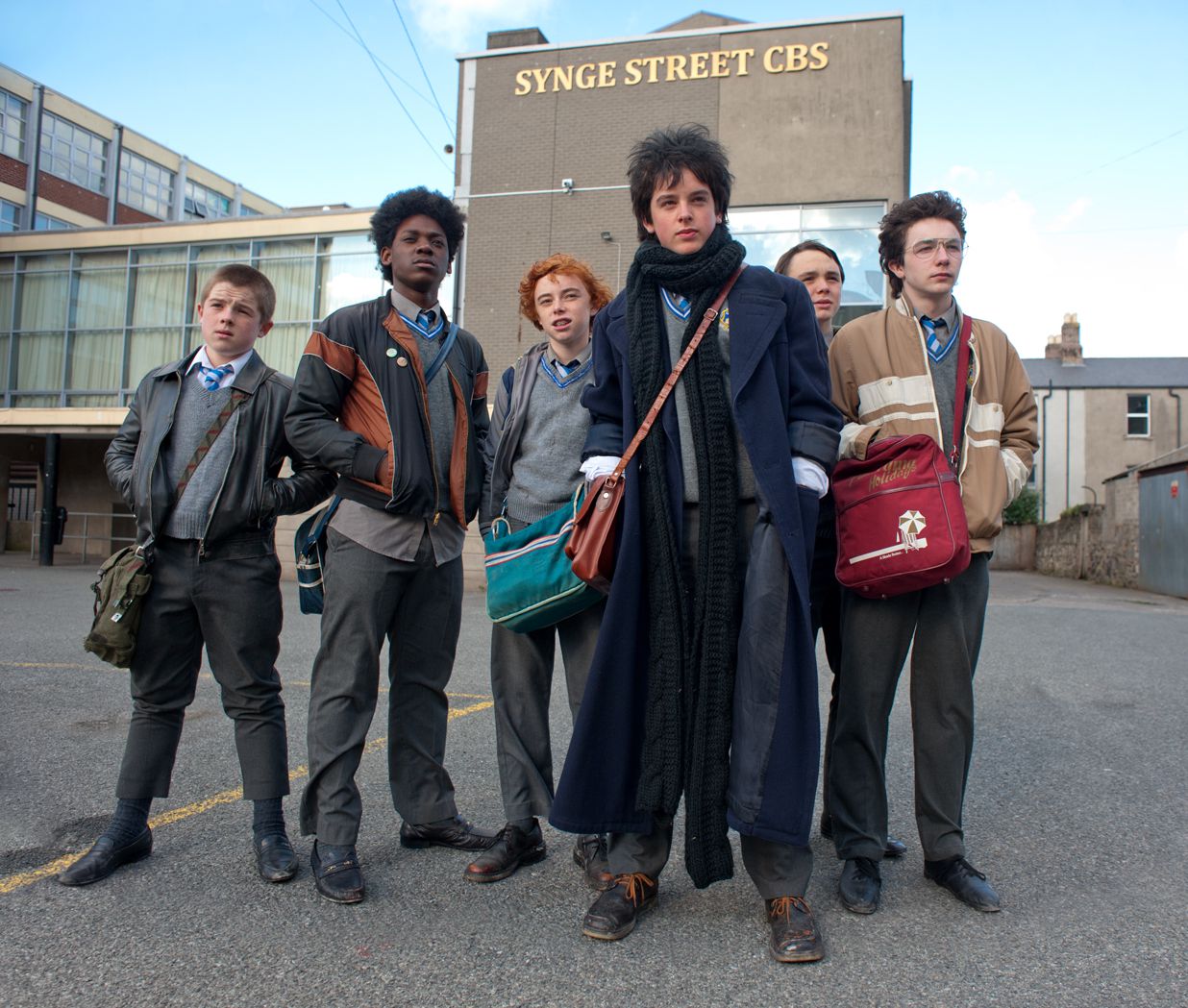 Sing Street is an Irish coming-of- age jukebox musical that can be described in two words: fun and typical.

In Dublin 1985, 15-year-old Conor “Cosmo” Lalor’s (Ferdia Walsh-Peelo) parents force him to transfer from his expensive private school to the free, state-sponsored Synge Street CBS. The family is suffering from major financial issues. Conor’s father, Robert (Aidan Gillan), and mother, Penny (Maria Doyle Kennedy), are in a crumbling marriage. Conor’s brother, Brendan (Jack Reynor), is a college drop-out who lives at home and spends most of his time getting high, listening to music and hanging out with his siblings. His sister, Ann (Kelly Thornton), is attempting to become an architect like her father, but with hopefully a more successful career.

Conor Lalor meets pretty girl and aspiring model, 16-year-old Raphina (Lucy Boynton), who lives across the street from Conor’s school in the local girl’s home and decides to form a band. He meets manager Darren (Ben Carolan), who shoots the band’s music videos, as well as bandmates Eamon (Mark McKenna), Larry (Conor Hamilton), Garry (Karl Rice) and Ngig (Percy Chamburuka), Sing Street’s Token Minority. Brendan convinces Conor to change Sing Street from a lame cover band into an edgy, rock ‘n’ roll group to impress Raphina, and to write most of his lyrics about her.

Writer/director/co-producer John Carney, himself a musician, loosely bases the film on his personal teenage life. Carney also co-wrote the band’s original songs with guitarist and actor Gary Clark. The movie features music by Duran Duran, Hall Oates, The Cure and Joe Jackson, among other classic rock and synthpop artists. Sing Street perfectly captures teenage life and trying to be in a pop and rock ‘n’ roll band in the 1980s. The enjoyment the band members feel when writing songs is infectious. Sing Street’s funnest are when the band works on music videos. You can find these scenes for free on YouTube, but don’t. I had already seen “The Riddle of the Model” and “A Beautiful Sea” before the movie, but watching those in the theater made me so delighted I wanted to clap.

Not once was a staged performance forced. The film’s only true musical number is the band’s signature song, “Drive It like You Stole It,” which may throw some people off about Sing Street’s mood. The other numbers are the band’s videos.

Everybody gives a solid performance, both with normal dramatic and comedic acting and with the singing and dancing. Walsh-Peelo, also a professional musician, does his own singing and has a very nice voice. For the original Sing Street songs, he changes vocal styles, in some tracks matching manners to Depeche Mode’s Dave Gahan and The Cure’s Robert Smith or Motörhead’s Lemmy Kilmister without sounding like imitation.

At the beginning of the movie, Ngig, pictured here in whiteface, was not Lalor/Cosmo ‘s friend, and the other members recruited him just to have a black man in the band making him a literal token minority. He has only a few lines, but several funny moments. Chamburuka also looked like he had fun with the role, despite his character’s bandmates’ indistinct racism.

Even with all the magic of reliving growing up, starting a band and falling in love for the first time, Sing Street’s weakest moments come from the story. The details of Conor’s narrative all come from a typical Irish teenage coming-of- age tale, like something you would watch on E4 in the U.K. Carney only loosely based this on his life. In interviews, he said the family dynamic is different, and he was not as confident a teenager as Conor. If you are unfamiliar with young adult British and Irish TV programmes, this may not bother you. However, as a start, look up The Inbetweeners and Skins, both of which are available on Netflix, and hopefully you will see what I mean.

Conor Lalor’s bully and main antagonist throughout most of the film, Barry (Ian Kenny), threatens him with physical harm. Barry even punches Lalor in the face, leaving a bruise near his left eye—right in front of a school employee. Typical. Lalor even suffers punishment at the hands of a violent and abusive school administrator, Brother Baxter (Don Wycherley), who at first just seems like a strict authority figure because Conor won’t conform to the school’s black-shoes-only policy, but then resorts to physical abuse in one scene after Lalor refuses to take off his rock artist-style makeup. A genuine sad moment, but typical.

Raphina has an older boyfriend, because of course she does. “Daddy issues,” as Brendan says, and because the romance needs to have some conflict. Her wanting to be a model in London, meaning Lalor may never see her again, cannot be enough drama, can it?

Also, a lot of issues get resolved too quickly. Brendan and Conor share a moment after the whole family hits a low point. That scene tormented me, but by the end of the film, the two talk like nothing happened, taking away the emotional impact I felt. Typical.

However, despite these criticisms, if you like Carney’s previous work, period pieces, learning about Irish culture, love stories — for music, parents, siblings, friends, one’s vocation, others’ vocations — and of course, musicals, Sing Street is definitely your type of movie.

1 Response to Sing Street a fun, lively jukebox musical, don’t expect even a little originality with the story