The Möbius strip: Big movies hover around $10 million each as the film world holds its breath 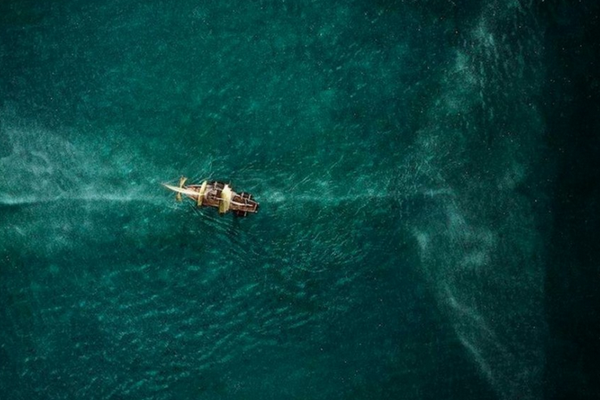 Movies raked in a total of $77.4 million this weekend, the year’s second lowest total only to traditionally glacial Halloween weekend. It’ll probably bounce back next weekend. But for now, almost every major moneymaker simply hovered around a sad $10 million. Part two of The Hunger Games: Mockingjay took its fourth weekend with $11.4 million, becoming the most disappointing movie ever to hold no. 1 for four straight weeks. New release and chronic underachiever In the Heart of the Sea brought in $11.1 million. The Ron Howard film has suffered from poor decision making from distributors and a general inability to create enthusiasm. The Good Dinosaur, Creed and Krampus round out the top five with $10.3 million, $10.1 million and $8.4 million, respectively- Box Office Mojo

A look at what went wrong with the whaling epic- Inquisitr

On the television side, the Golden Globes were a major coup for Netflix and their continued takeover of the television market. They lead all channels for the first time this year with eight nominations- Wired

The nominations’ most immediate effect was on The Big Short, which received six nominations between the two awards announcements and parlayed it into a $720,000 opening across eight theaters, a very strong $90,035 per-theater average- The Wrap

After the first batch of Oscar-indicating awards, the indications are quite unclear- Variety

However, it looks like Mad Max: Fury Road will be a surprising heavy hitter this awards season- Variety

If he ends up getting a nomination, Sylvester Stallone would become just the sixth actor ever to be nominated for two Oscars playing the same character- Variety

Several contending scripts are available to download free. The link will continue to be updated as more become available- Indiewire

Lucasfilm president Kathleen Kennedy talks with /Film about the different approaches for upcoming Star Wars movies. The Episodes will focus on the Skywalker family, but stand-alone movies will be genre pieces- /Film

And finally, Indiewire sits down with Trumbo director John McNamara and star Bryan Cranston to discuss whether or not a Hollywood blacklist could ever happen again- Indiewire