The Ballad of Spider-Man in Film

In 2008, Marvel took a chance on Iron Man as a proof-of-concept to fund and start up a long string of superhero movies that didn’t focus just on Tony Stark, but would also include Captain America and Thor and a long list of others that has, in recent years, become “literally anyone we can fit into this thing.”

But this wasn’t their first kick at the can. In 2000 on a much less proven market, they released X-Men in the hopes of funding Spider-Man, Hulk, Fantastic Four and Daredevil franchises. It’s easy to see the DNA behind the Avengers movies in this set — in order to push multiple franchises consecutively and avoid fatigue, Marvel’s creative directors made sure they were significantly different movies. Daredevil was a crime drama, Hulk was a monster movie and Fantastic Four was a team movie focused on family dynamics. Spider-Man, on the other hand, was a straightforward superhero movie in line with the Superman and Batman series of preceding decades.

X-Men was a surprise hit, but the materials they hoped to fund with it mostly failed. The Ang Lee Hulk is universally reviled, as is Fantastic Four. Daredevil was met with very poor reviews, but the director’s cut — a completely different film — has become a minor cult classic.

Spider-Man, on the other hand, was met with critical acclaim and became the first movie ever to clear $100 million on opening weekend.

The Raimi-Maguire Spider-Man series really ought to be seen as the last true superhero movies. Marvel has done an incredible job of keeping their MCU titles fresh by continuing what they were doing with the post-X-Men movies — they’re not producing superhero movies as much as they’re incorporating superheroes into different genres. Captain America: The Winter Soldier was a political/spy thriller, Iron Man 3 was a fugitive movie, Guardians of the Galaxy was a road musical in space, you get the picture.

For its part, DC also owes success to putting superheroes into different genres. The Dark Knight is one of the best and best-disguised disaster movies ever made. Unfortunately, the comic book chain doesn’t understand what made it so good and has promised to spend the next several years trying to recreate it exactly sans Heath Ledger’s stunning performance or Christopher Nolan’s firm direction. Let’s not talk about that. Photo courtesy Warner Bros. Pictures.

All these films use central characters on the same character arc, and as much as the Spider-Man movies made it an annoying buzzword, that arc revolves around responsibility. In the first movie, the characters gain special powers — or decide to use their special powers of money — and decide they are no longer responsible simply for the good they agree to do, but for all the good they are capable of doing. In the second movie, they suffer for this decision. In the third movie, their powers are lost or hampered in some way and they must persevere to maintain control over all they have come to hold themselves accountable for.

Recent Marvel movies have taken a lot of shortcuts regarding character development in order to focus on the genre trappings that they must have in place to keep their many-headed beast of a franchise from going stale, and the reason they are able to get away with this is because of how incredibly well-done the Raimi-Maguire Spider-Man movies were and how well they’ve stuck in the public consciousness.

Watch Spider-Man again. It’s basic by today’s standards and the themes are heavy-handed and Green Goblin looks like a power rangers villain, but there is an angelic beauty in its simplicity. This one movie, more than any other, informs everything that has transitioned from comic to screen since its release. 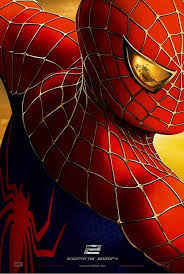 This is still the best superhero movie ever made, and it isn’t close.

American audiences love watching suffering — this is backed up by every Oscar decision ever made — and as such, part two of a standard-issue superhero trilogy always has the highest potential as a film. Spider-Man 2 focuses so intently on its main character and his struggle it could be considered Oscar-bait if there weren’t so many special effects. Peter Parker, who battles through spurned love, through mass criticism, through impotence, through fire, through speeding trains and magnetic singularities to still come out fighting the good fight, largely at his own expense, is one of the most inspiring film characters ever written.

They don’t make them like this anymore, and they’re never going to go back to that point. This whole movie is sort of implied in subsequent Marvel offerings, and those movies are better and more interesting for it, but this movie will never quite be replaced. It is still simple, and it is still beautiful.

I don’t want to talk about it.

This is where we enter the Sony desperation era. In 2008, Marvel kicked off its cinematic universe with Iron Man and DC released The Dark Knight, the cinematic Icarus it has been trying to recreate ever since. Spider-Man 3 had turned into a major embarrassment, but after two major critical and commercial successes from competing studios, one of which was promising dozens of others, Sony was never willing to fully drop the character. Spider-Man 4 talks started, but were cancelled after Raimi said he wouldn’t do it for the 80th time.

The textbook definitions of contrivance, of convenience and of stupidity-driven plotlines.

And so, a reboot franchise started. One based on the Ultimate Spider-Man franchise, with Peter Parker’s parents being super-spies who somehow had something to do with his spidy powers, and cool holographic technology and constant, extreme plot conveniences and exposition and a mask that is always coming off.

This turd is one of the most poorly written movies in recent memory, and Andrew Garfield is somehow whinier and more annoying than Toby Maguire even though Maguire had scripts that were specifically tailored to make him whiny and annoying. The film is released too soon after the reviled predecessor and feels exactly like the over-produced cashgrab that it is.

Still unwilling to admit they can’t compete with the MCU, Sony releases this surprisingly decent movie. It’s still mostly poorly acted, but Jamie Foxx is wonderful in a regrettably small roll, the sound mixing and effects are genuinely cool and not “hey audience! Look how cool this is!” cool and the writing is tolerable, but this movie makes it clear that Sony is arming up for probably the most ill-advised mass crossover imaginable.

Felicia Hardy appears in the film and Mary-Jane Watson is recast, though her scenes are cut. What isn’t cut is a masturbatory pan across all the Sinister Six’s equipment in Oscorp’s basement. In the months after this movie’s release, Sony talked about Amazing Spider-Man 3 and 4, a Sinister Six spinoff, a Venom spinoff, and — I can’t believe I’m typing this — a spinoff about Aunt May as a spy in the ’60s or ’70s.

This was as bad as it got. Last night, Sony announced that it had found sanity and agreed to let Marvel studios use the character in crossovers and give input into Sony’s future movies, the next of which is now scheduled for July 2017. For Marvel, it’s just another head on the many-headed monster of a film franchise they are quite successfully wrangling. But Spider-Man was a central character in the Civil War storyline Captain America 3 will be based on, so it’ll be fun to see him in that movie.

For Sony, it means producers who aren’t staring at two years worth of Avengers movies and trying to make all that money back in one production. After a long, strange trip, they should be producing movies from now on that are less crowded and less conventional, though unfortunately they will probably keep Garfield and Shailene Woodley.

For the rest of us, it means not having to watch Sally Field in a leather bodysuit doing lift-assisted acrobatics in a desperate blockbuster that still would have made tens of millions of dollars.

6 Responses to The Ballad of Spider-Man in Film