When real life is more interesting than its fictional adaptation, that fiction has a big problem.

Unbroken tells the least interesting parts of the very interesting true story of Louie Zamperini (Jack O’Connell), an Olympic distance runner who joined the Army Air Force in World War II. Zamperini crashes and is stranded at sea for 47 days and four million hours of hilariously over-acted screen time, and is then captured an imprisoned by the Japanese, a culture not known for its kind treatment of enemy combatants. Mutsuhiro “The Bird” Watanabe (Miyavi), an especially cruel prison camp commander, takes special interest in Zamperini.

Everything about this movie is boring and flat and grey and, just, boring. The conflict in this movie is muted. From the plane crash onward, Zamperini has very few choices to make, and with few options comes little drama. Trailers spoil everything all the way to the climactic sequence, but even without them, there’s never any real danger to Zamperini’s various situations.

The film feels eternal. Zamperini’s whole entire life is shown, but without any gear changes. Zamperini goes on an incredible journey, but there is no emotional journey. Tonally, the movie stays in the exact same place the entire time. It starts out as somber, then it’s somber some more, then somber for a few more hours. It’s a funeral procession of a movie, not just because it’s slow, but because it is so unchanging.

The shots are all low-contrast, leaving everything looking grey. It’s even boring to look at.

The worst part, by far, is Watanabe. He is the worst, and not in a way that’s interesting. You don’t love to hate this character, you hate to hate him. Hate that he’s even on the screen. Miyavi is a Japanese pop star in his first acting go-round, and that’s exactly what it looks like. Watanabe’s background is as a spoiled child, and that’ show he comes across, and I guess that’s a good thing, the consistency of it, but trying to make this emotionally fragile wimp into a credible lead antagonist is an uphill battle at best. 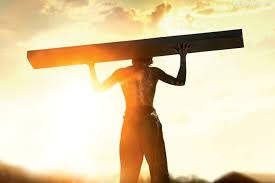 So, who is he the lord and savior of, exactly?

The film is done no favors by its trailers, which spoil its two most important sequences — when Watanabe has every prisoner in the camp punch Zamperini and when he has an exhausted Zamperini lift a wooden log until he drops it and gets shot. What’s worse, Watanabe is promoted and shipped to another prison camp to which Zamperini is later transfered in between these sequences, so in spite of his initial dismissal, everyone knows he’ll come back. And when he does, this awful, boring character gets to deliver his awful, boring introductory sequence again.

At the film’s end, Watanabe is revealed as a war criminal. In reality, he was open about the sexual excitement he took in beating prisoners, which he did regularly and randomly, often rupturing windpipes and eardrums. The guy was into Guantanamo stuff, too — in one case, he made a soldier spend four days in a shack in winter wearing nothing but a thong. In the movie, he just beats up the main character a few times.

Joshua Knopp is a formerly professional film critic, licensed massage therapist and journalism student at the University of North Texas. Awareness isn’t medicine. I’ve had a change of heart about reader input. It is now welcomed and encouraged. Like Reel Entropy on Facebook, follow it on Twitter when I can be bothered to make one, and shoot questions to reelentropy@gmail.com.