On adaptations and co-opting other cultures

The movie follows Hiro Hamada (Ryan Potter), a 14-year-old San Franciskyo genius who wastes his life bot fighting. When his brother, Tadashi (Daniel Henney), shows him the robotics lab at the university and his inflatable healthcare robot, Baymax (Scott Adsit), Hiro decides to turn his life around and work for a living. Tadashi soon dies in a fire, however, sticking Baymax and a severely depressed Hiro together.

The movie itself isn’t even worth talking about — it’s awful, it’s derivative, it’s clearly just trying to sell toys. But it’s not just a bad movie. This film’s very existence is extremely offensive.

Twilight, for instance, a New York Times Bestseller, only printed 75,000 copies its first run. But 3 million people saw the movie on opening night alone. If each of those copies was shared and read by four people and every one of those people were a part of the opening night audience, they would make up one tenth of that audience.

Movies don’t adapt other work as much as they annihilate it. That other work either dies or must adapt to the movie by force of the masses who watch movies, if for no other reason, to survive. So when a movie takes its source material and completely rearranges it, it is a big deal.

Big Hero 6 is the movie comic book fans were afraid of when Disney acquired the rights to Marvel. The group was originally published as a team of state-sanctioned superheroes working for the Japanese government, lead by Japanese mutants the Silver Samurai and Sunfire.

Director Michael Hall said he just liked the title. Writer Robert Baird said he never read any of the comics. The characters are warped, kid-friendly versions of themselves with barely a hint of their original publication. 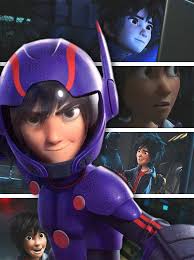 What is his supersuit for? All he does is boss the robot around. (Spoiler: It’s to sell toys)

Sunfire and Silver Samurai couldn’t even make the film — as mutants associated with X-Men more than anything, Fox holds the copyright on them. Wasabi (Damon Wayans Jr.), a master swordsman, marksman and chef who can generate blades from his chi power, becomes a clean freak with laser-cutting gloves and a whole other seemingly functionless outfit that will help sell toys who is also black to satisfy quota. Fred (T.J. Miller), known in the comics as Fredzilla because of his ability to manifest his will as a large Godzilla-like creature, becomes a frat boy with the odd fantasy of becoming a giant lizard played out with a colorful supersuit that is sure to sell a ton of toys.

The comic definitely wasn’t the best thing in the world, and it had its own problems with sexism, but nobody’s going to remember that now. The whole thing has been Disney-fied and whitewashed and made kid-friendly beyond all recognition.

Cobalt boils at 5,301 degrees Fahrenheit. It’s not a temperature that could be reached in that little lab of theirs.

Big Hero 6 is designed primarily to sell toys. To do that, the studio has to excite a child’s imagination. This movie does this with psuedoscience, that awful hybrid of sorcery dressed up in scientific terms. Its use is based on the idea that the real world isn’t cool or exciting enough to tickle a child’s mind, and anyone who lives here should find this idea very upsetting.

Europe just landed on a comet screaming through the void at 84,000 mph relative to Earth. People are writing research papers about things theorized in the process of making Interstellar. Big Hero 6 simply says “magnets” whenever it means “magic,” and beat the former movie on opening weekend by almost $10 million. It’s long-past time for Hollywood to start getting people excited about the real world and not a fantasy one. Big Hero 6 is a gigantic, careless step in the wrong direction.

Part of the point of the comic was to combine manga art and storyline conventions with standard American superhero fare, a union of Japanese and American art forms. It’s an interesting experiment in making different kinds of art.

Someone might have thought the concept of San Franciskyo maybe followed in its footsteps if you squint a little, but really it’s just weird. The city doesn’t come out of the background and engross the audience the way it would in a better movie, and there’s nothing unique about the city that is a factor in the plot. The only discernable purpose of having a San Franciskyo is to draw attention to how much Japanese culture was supposed to be involved, but isn’t.

But producer’s insistence on it being the setting sticks out. By unnecessarily mentioning the racial aspect, they draw attention to it, and attention to that sort of thing is never good.

The past 20 years have spoiled audiences with Disney Pixar revolutionizing G-rated movies, and it’s gotten to the point that most people seem to think kid’s movies are inherently good, but they aren’t. Finding Nemo, The Incredibles and Toy Story are diamonds in the rough disguised by the fact they shared the same producers and came out in a long string. But these movies had a ton of effort put into them, and Big Hero 6 clearly hasn’t. Understand — every major children’s movie will be the first trip to the movies for thousands. It’s important that they are good, and not just considered good because the genre is constantly overlooked.

Joshua Knopp is a formerly professional film critic, licensed massage therapist, journalism and film student at the University of North Texas and news editor for the NT Daily. I’ve had a change of heart about reader input. It is now welcomed and encouraged. Nazis Nazis Nazis, Nazis Nazis, Nazis. Nazis. Like Reel Entropy on Facebook, follow it on Twitter when I can be bothered to make one, and shoot questions to reelentropy@gmail.com.

Don’t think this movie was about pushing merchandise? Run a Google Image search on it and try to find stills. Advertisements and promotional material outnumber actual images from the movie by about four to one.