Using mathematics to predict the Planet of the Apes

In mathematics, an asymptote is a line that a graph can infinitely approach, but never quite reach. The most basic example is f(x)=1/x. It looks like this: 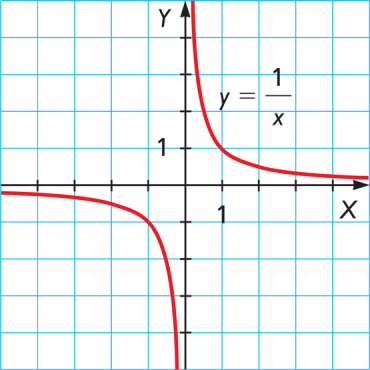 As you can see, with x in the denominator, as x increases, f(x) infinitely approaches zero, but can never reach it. Zero isn’t 1/anything itself, and to divide by zero would be to destroy the universe. The number to complete the equation when either x or f(x) equals zero simply doesn’t exist on this number line. Both the x and y axis are asymptotes in this graph.

When x equals somewhere between .25 and 4, both x and f(x) are manageable. But anywhere outside that range, and the line is infinitesimally close to the axis, never crossing either of them. The pattern repeats on the negative side.

What does this have to do with Dawn of the Planet of the Apes? Well, everything!

The concept of the Planet of the Apes reboot series is to serve as a prequel to the original 1968 film. Or the 2001 Tim Burton catastrophe — there are several continuity differences between the Caesar of the reboot series (Andy Serkis), who was the first test subject of Will Rodman’s (James Franco) experimental Alzheimer’s cure, and the Caesar of the original series (Roddy McDowall), who was a child of intelligent apes that time-traveled back to the 1990s to start the ape revolution in the first place and complete the time loop.

The point is, the entire series is a cinematic asymptote. Successful movie franchises continue on into infinity these days. In 2016, we will see a fifth Pirates of the Caribbean movie, a fifth Transformers movie, a sixth Spider-Man movie and an eighth X-Men movie, with media past that already confirmed for Transformers and Spider-Man. Producers will never allow X of the Planet of the Apes to reach the conditions of the original film, as to do so would be to murder the golden goose. A third movie in this series is also due in 2016.

So, if the number of films in the series = x and the conditions of the original film =0, the series’ future is quite easy to calculate.

x=1: Rise of the Planet of the Apes. Caesar, despite an owner who loves him, is subjected to illegal testing of his owner’s experimental Alzheimer’s drug and gets really smart and radiates that smartness to other apes.

x=2: Dawn of the Planet of the Apes. Caesar leads the apes in their war agains the humans in a post-Western Civilization, but not post-apocalyptic, world.

x=3: Onset of the Planet of the Apes. The apes begin to fully take over the planet. Nuclear powers panic, and those maniacs do it. They blow it up. Damn them. God damn them all to hell.

x=4: Commencement of the Planet of the Apes. Apes and humans fight in a post-apocalyptic wasteland. Both sides do a lot of lamenting about nuclear war.

x=5: Day After the Planet of the Apes. After several years, nuclear winter becomes nuclear summer. Men and apes deal with massive, CGI catastrophes resulting from the weather change. They talk a lot about rising sea levels and changes in weather patterns to try and resonate with Global Warming theory. Global Warming deniers point to the film for years afterward, saying it would take a full-scale nuclear war to make the sea levels rise so much.

x=8: Planet of the Apes Begins. The last remaining humans in New York retreat underground with their doomsday nuke from the second movie. Film has tons of masturbatory hints about how this will make them telepathic.

x=13: Erection of the Planet of the Apes. A pornographic film. Beaten underground with their last nuke, humans try to breed an army to overtake the apes above in a few generations with sheer numbers. There’s a lot of love-making, but not a lot of love. It’s a reflection on the kind of world we’ve made.

x=20: Ennui of the Planet of the Apes. Caesar — or whoever is in charge at the time — has a lazy, listless day about the house, silently contemplating the meaning of life.

x=40: Birth of the Planet of the Apes. This film chronicles how the Lawgiver’s parents met. They probably hate each other at first, but then grow to love each other by the film’s end, but their love is forbidden by their parents who are from rivaling clans. Over the next several films, the duo fight for the right to love!

x=84: First Draft of the Planet of the Apes. The Lawgiver writes the sacred scrolls, and then casts some sort of magic spell to make the apes lose their memory of human society. Most of this portion of the film series is just watching the Lawgiver scribble things down.

x=121: Day One of the Planet of the Apes. After a dramatic trilogy about the trial of interpretation of the Lawgiver’s scrolls, apes decide to treat humans like humans treat animals in a way that would be wonderfully metaphorical if it were a movie made in the late ’60s/early ’70s. It becomes a madhouse. A MADHOUSE!!!

x=394: Construction of the Planet of the Apes. The apes have a civil war over whether or not they should build actual buildings, or the weird clay huts seen in the original film. The wrong side wins. 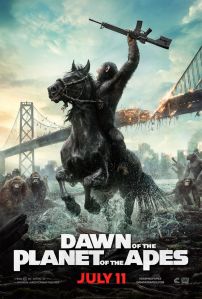 x=894: Another Birth of the Planet of the Apes. Nova’s parents go on a desperate  mission to save their newborn child, who is born dramatically in the film’s climax like in Breaking Dawn. The next few films explore Nova’s upbringing and why she is the way she is — hot, dumb and mute. Just how we liked our women in the late ’60s/early ’70s.

x=1,963: Resurrection of the Planet of the Apes. Humans have finally learned how to bring back the dead, though it is ludicrously expensive. Charlton Heston is resurrected to do a thoughtful piece on how Taylor came to hate humanity so much. The film still turns a profit. Heston takes on a Stan Lee-like role, having a cameo in almost all subsequent films.